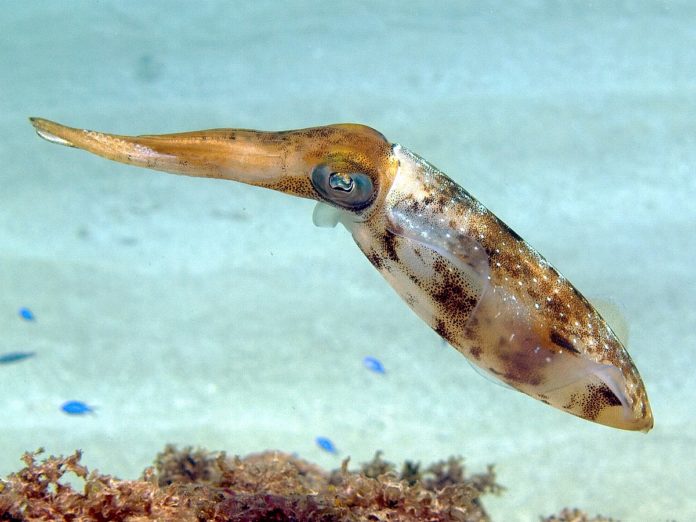 The cuttlefish, in terms of their images, create the impression that many of us have come from space. However, the only thing that makes us think that they come from outer space is not only their appearance, but also their ‘superpowers’.

Genetic regulation
With this research, the genetic information regulation that took place outside the nucleus in animal cells was realized for the first time. This study, carried out under the leadership of C. Vallecillo-Viejo and Joshua Rosenthal from Marine Biological Laboratory, was published in Nucleic Acids Research.

According to the news in Cougaraccess, this new discovery surprised the researchers once more about the ‘central dogma’ of molecular biology. Central dogma, in Tüba Terim, states that “One-way transfer of sequence information in biological systems through information-carrying biopolymers in the form of DNA (replication), RNA (transcription) and protein (translation), and in this transfer no information transfer from protein to protein or protein in the direction of nucleic acid accepting doctrine ”.

Rosenthal and his colleagues discovered in their study in 2015 that cuttlefish remarkably regulate their carrier RNA structures. Thanks to this arrangement, cuttlefish can make fine adjustments to the types of protein that will be produced in nervous systems.

Regarding their discovery, Rosenthal said, “We thought all RNA arrangements were taking place inside the core, but later regulated carrier RNAs emerged. With our new study, we have shown that cuttlefish can regulate their RNA inside the cell wall. This means that they can theoretically adjust the protein functions to meet the localized demands of the cell. ”

The team that carried out the research also revealed that the carrier RNAs are arranged at a much higher rate in the axon inside the nerve cell than in the nucleus. Axon disorder in humans is associated with many neurological diseases. In other words, thanks to this study, new studies related to the treatment of these diseases can be carried out.

Sergio Ramos, the problem of the classic ‘9’ and its great...