Home Tech Another sign from OnePlus for OnePlus Band 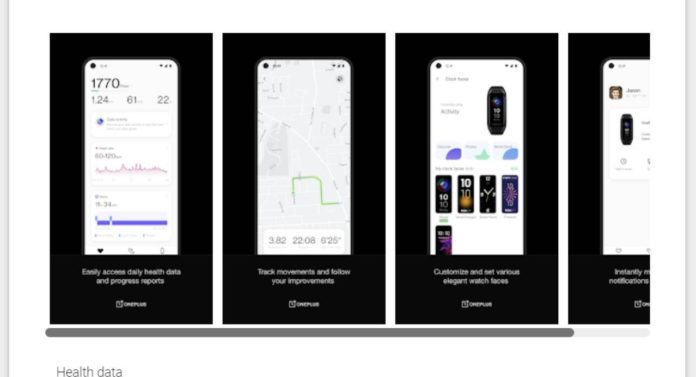 OnePlus’ long-awaited first wearable product will soon become official. The increased leaks of the product, known as OnePlus Band, show that the promotion is not far away. The company, which confirmed the existence of OnePlus Band a while ago, gave another sign for the fitness bracelet.

OnePlus Health application, which takes place in the Google Play Store, allows you to see many details about the company’s first fitness bracelet. The app doesn’t just verify the name of the fitness bracelet.

OnePlus launching its own health app shows once again that the company’s own fitness-focused device is on its way. Although there is no different element from its derivatives in the application, it is important in terms of giving an idea about the features that OnePlus Band will offer at the beginning.

OnePlus Band will be able to measure SpO2

Features such as heart rate and sleep tracking are waiting for users in OnePlus Band as expected. SpO2 measurement feature is also verified with the OnePlus Health application. With the app, users will be able to set movement goals for themselves and see a map of their runs.

OnePlus Band will also function as a smartphone extension. Users will be able to access notifications from their phones with OnePlus Band. It will also be possible to customize the clock with different watch face options.