Home News Another Prediction in favor of Bitcoin by JPMorgan 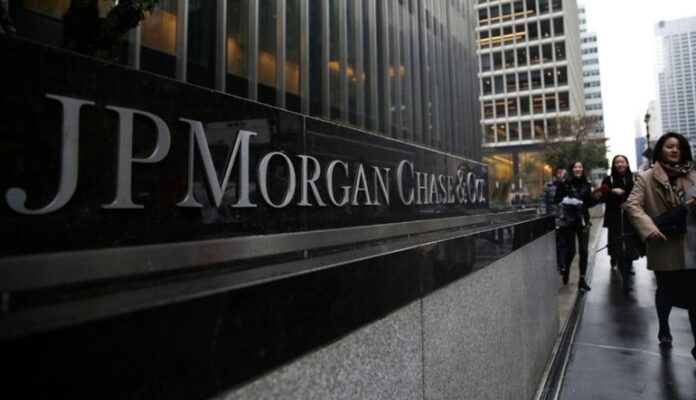 Another Prediction in favor of Bitcoin by JPMorgan. JPMorgan thinks that the rally in the stock markets will continue.

JPMorgan, one of the largest banking institutions in the world , was one of the most critic of Bitcoin in its early years , but gradually began to make statements in favor of it. Accepting that the leading cryptocurrency is permanent in its statement published in the previous weeks, JPMorgan pointed out the rise of BTC indirectly in its new statement.

DTAP Capital founder famous investor Dan Tapiero shared that JPMorgan predicted a 47% increase over the current level for US stock markets. Underlining that the increase will be more likely if more people believe in it, the analyst stressed that “more money” could possibly be useful for Bitcoin and gold.

JPM calling for a 47% equity rally from HERE. Don't think I can ever recall such a daring call from them.

If more people believed, would be contrarian.

Maybe some excess cash goes into #gold and #bitcoin instead.

Those mkts still too small to absorb. pic.twitter.com/EMzVKidmgR

The point the analyst missed here is known as the correlation between Bitcoin and the US stock exchanges. Previously, BTC and the stock exchange were seen to be very similar in the downturn of March 12 and the recovery.

This suggests that JPMorgan’s 47% increase expectation is actually valid for the leading cryptocurrency Bitcoin. The transition of BTC to such a FOMO mode may make the stock markets even fade.

La Casa de Papel could be adapted for a korean version