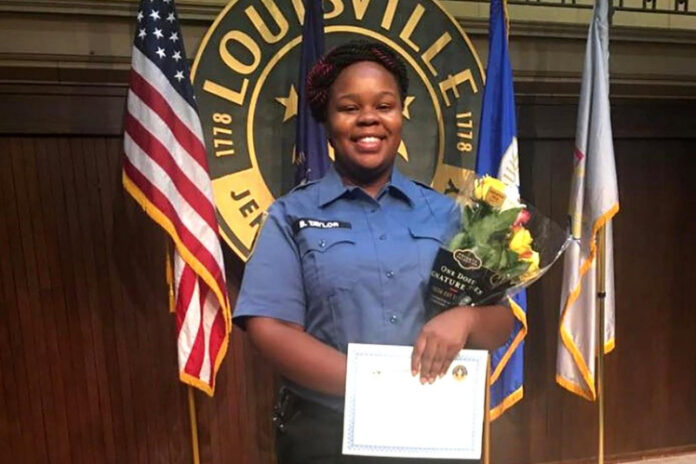 (New York) Ahmaud Arbery, George Floyd… and Breonna Taylor. A growing number of African Americans these days no longer pronounce the first two names without mentioning the third. And they would like all their compatriots to imitate them. 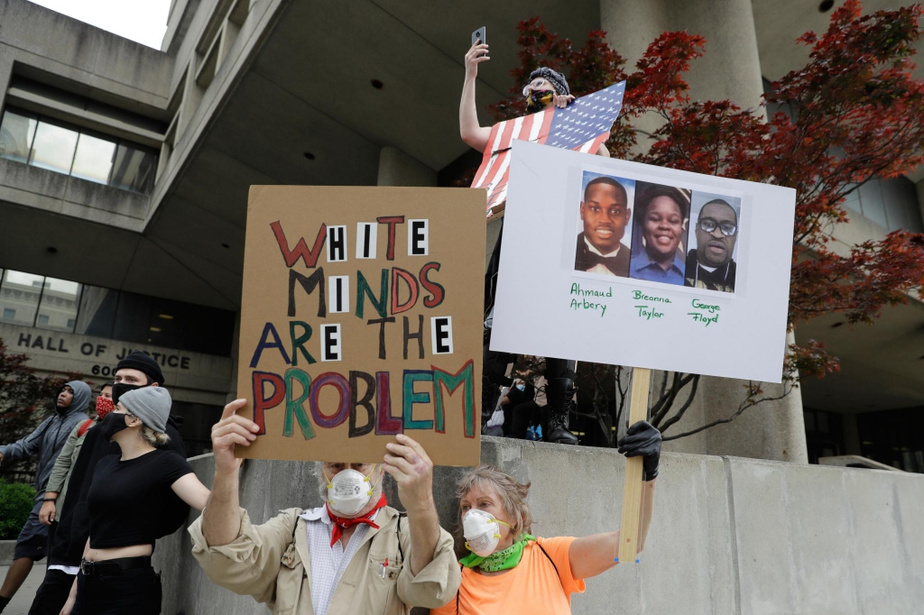 Ahmaud Arbery is this young 25 year old black man chased by whites and shot dead while jogging in Georgia. George Floyd is the 46-year-old black man who was suffocated by a white Minneapolis police officer in an arrest that disgusted the world.

And Breonna Taylor? On March 13, this 26-year-old paramedic was shot dead by police in Louisville, Kentucky while she was sleeping at home.

His family’s lawyer, Ben Crump, is one of those African-Americans who insist on adding his name to those of Trayvon Martin, Michael Brown, Eric Garner and all the other blacks who were killed by police or citizens in recent years while unarmed.

Breonna’s name should be known to all Americans who have spoken these other names because she was in her own house, doing absolutely nothing wrong.

On Thursday evening, while Minneapolis burned for the third night in a row, hundreds of protesters stormed downtown Louisville to demand the arrest and charge of police officers implicated in the death of Breonna Taylor. Seven people were shot during the evening. According to the police, the shooter (s) were among the crowd of demonstrators.

But what happened on March 13? The deaths of Breonna Taylor, unlike those of Ahmaud Arbery and George Floyd, were not filmed. Hence the unresolved controversy surrounding it.

One fact is undeniable, however: around 1 a.m., three plainclothes police executed a search warrant for the young woman. His former close friend, a drug dealer wanted by the police, had recently used the same address to receive a package.

Kenneth Walker, fiance of Breonna Taylor, seized his legally acquired firearm when the police entered the apartment after breaking down the front door. He fired a shot, hitting one of the police officers in the thigh.

The police responded by firing at least 20 shots at the couple. Breonna Taylor was shot at least eight times.

After miraculously surviving the shooting, Kenneth Walker was arrested and charged with attempted murder.

The second amendment does not apply to African Americans. [Breonna Taylor and Kenneth Walker] thought they were the victims of a burglary.

Ben Crump, in a CBS interview

Neighbors reinforced this thesis by asserting that the police had not identified themselves and had not knocked on the door before knocking on it, contrary to their version of the facts.

In a lawsuit against the Louisville police service, the family of Breonna Taylor added two other incontestable facts: the police officers did not find drugs in the apartment of the young woman and the wanted drug dealer had in fact already was arrested at the time the search warrant was executed.

It was starting to do well. Also, on May 22, Kentucky prosecutors signaled their intention to drop the attempted murder charge against Kenneth Walker, whose criminal record was as clean as that of Breonna Taylor. At the same time, the FBI opened an investigation into the circumstances surrounding the death of Breonna Taylor.

But the three Louisville police officers involved in the case have yet to be sacked, let alone charged, much to the dismay of the Louisville protesters.

“No justice, no peace,” they chanted Thursday in downtown Kentucky’s capital, where a statue of Louis XVI bequeathed by the French city of Montpellier in the 1960s was damaged during the evening. (the martyr king was amputated with one hand).

A few hours earlier, Kenneth Walker’s lawyer had released his client’s 911 call after the shooting that killed his fiancée.

“I don’t know what’s going on!” Exclaims Walker at the start of the call. “Someone broke down the door and shot my fiancée! ”

“The call seems to agree with Kenneth Walker and confirm what he said from the start,” said Sam Aguiar, a lawyer for Breonna Taylor’s family. “He had no idea that the police were in the house. His primary concern was the love of his life. ”

And that black woman had a name: Breonna Taylor.