These days, when we observe that many investors are avoiding trading for Bitcoin, most of the investors are applying the “buy and hold” tactic called HODL. According to the data announced, close to 8 million Bitcoins have not been moving for 3 years, and this rate is almost half of the total supply in the market.

According to the information obtained by Glassnode, about 8 million Bitcoins have not shown any movement for at least 3 years. This figure of 8 million makes up 44% of the total supply of digital money. The HODL movement, which means a cryptocurrency that is expected to gain value, has started to gain momentum since 2019.

Increasing Number of HODL Doers An Assurance for Bitcoin (BTC)

Stating that the amount of BTC held in crypto money exchanges is at the lowest level of the whole year, CryptoQuant shows data that proves the increase in HODL movements. Saying that a possible Bitcoin collapse is a very remote possibility in such a table, CryptoQuant CEO Ki-Young Ju says people are afraid of a drop like in March. Ki-Young Ju says he does not find such ideas realistic and adds that the amount of BTC waiting to be sold on the stock markets is very low compared to March. 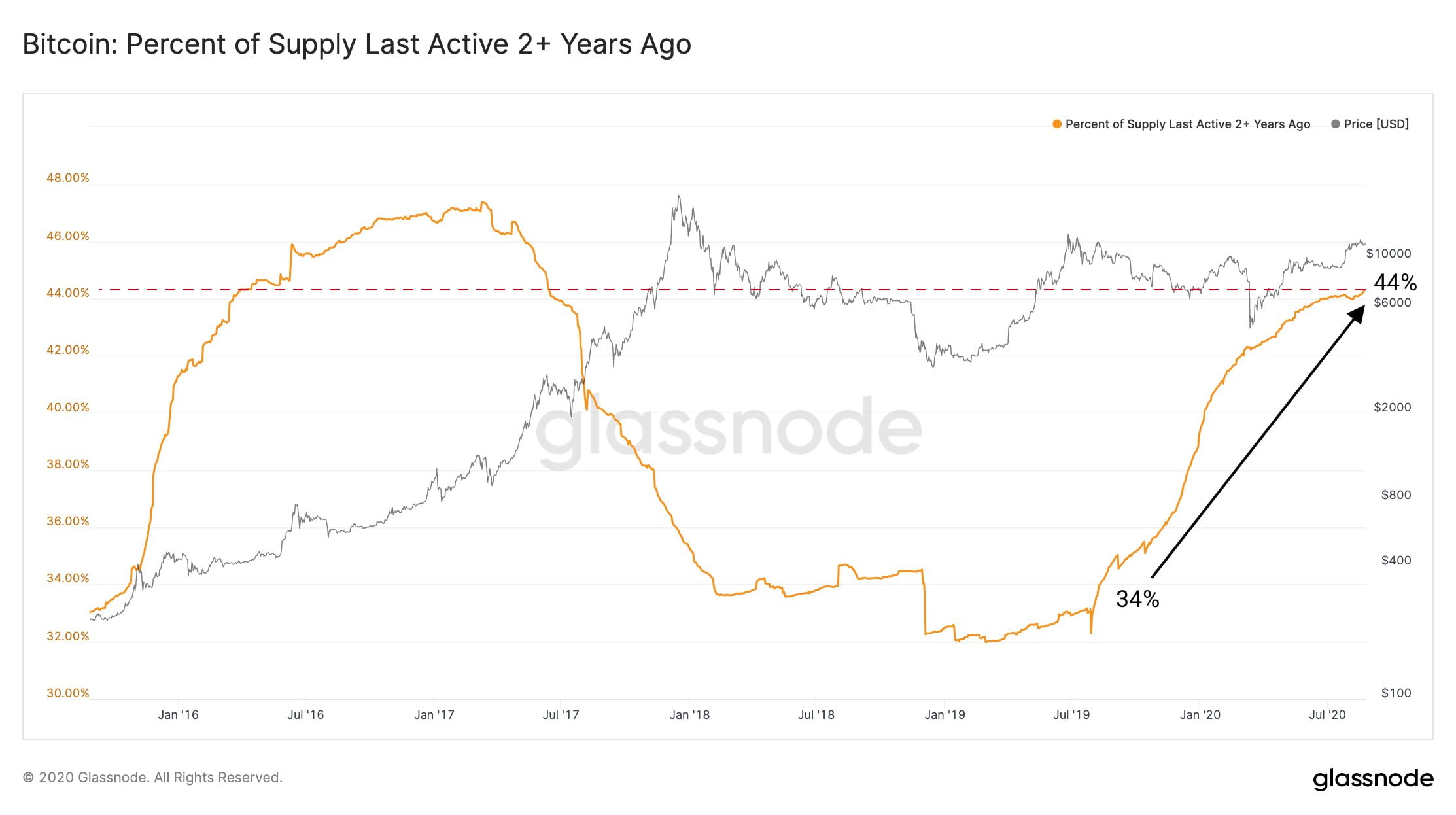 Grayscale, one of the leading digital asset management companies, drew attention to the increasing HODL trend in its latest report. The company said that the current Bitcoin HODL statistics are similar to what Bitcoin caught in 2017, just before the trend; He argued that the picture is generally promising for BTC.

With the HODL trend in 2019, the Bitcoin price dropped from $ 14,000, the highest level of the year, to $ 6,430. By taking advantage of this low price, traders started to buy BTC at floor prices in line with their short and long term profits. After the fall in 2019, the BTC / USD parity rose, taking strength from the US-Iran tension, and as of February, BTC was trading around $ 10,500. Unable to maintain this positive picture with the effects of the Covid-19 pandemic, Bitcoin began to lose value with the collapse in the entire market in March. In March, the BTC / USD parity declined to $ 3,858.

However, these unfavorable conditions could not deter HODL makers, and investors took advantage of central banks’ incentives to catch the BTC decline and invested in Bitcoin at low prices. Following such an opportunity, most investors followed the HODL strategy. As a result, the leading coin has risen more than 200% since the beginning of March and raised its price to an annual high of $ 12,486 in August.

Daniella Chavez “dresses” with a handkerchief that flies with the wind

TikTok and WeChat are banned as of Sunday

Statement from WHO about the coronavirus vaccine!