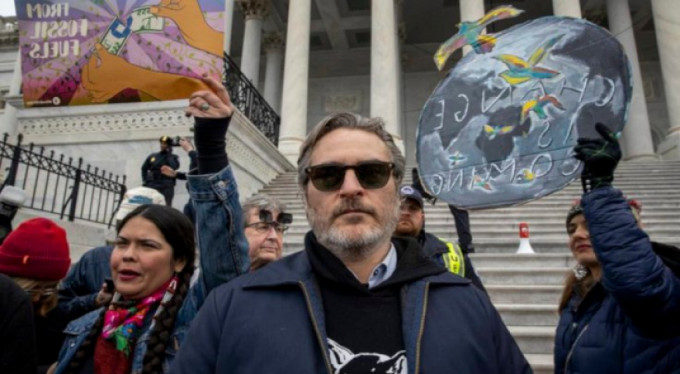 American actor Joaquin Phoenix, who produced a breathtaking performance in the DC Comics adaptation of the Joker, directed by Todd Phillips, was awarded the Erkek Best Actor Crit award at the Critics’ Choice Awards by the Broadcast Film Critics Association.

The most successful names of the year won the Critics’ Choice Awards, one of the last turning points before the Oscars, which will find their owners in February. One of the biggest awards of the night, ‘Best Actor’ award went to Joaquin Phoenix with Arthur Fleck / Joker in DC Comics Joker.

As the successful actor reaches out to this prestigious award, he has managed to outperform Robert De Niro, Leonardo DiCaprio, Eddie Murphy, Adam Driver, Antonio Banderas and Adam Sandler.

Joaquin Phoenix lost 23 pounds for the role of the Joker:
A week ago, the 77th Golden Globe Awards ‘Best Actor’ award winning Phoenix, Oscar race is one of the most ambitious candidates proves once again. Hollywood’s leading critics and journalists have predicted Oscar-winning rates and Gold Derby’s website, which says Phoenix’s “Best Actor” nomination is currently 10/3.

The site also lists the Joker co-author and director Todd Phillips’ Oscar winning ‘Best Director’ nomination as 20/1. Finally, the Joker’s ‘Best Film’ nomination has been given 10/1.

Taking us to the 80s, the Joker describes how Arthur Fleck was dragged into crime after his shame and failure as a comedian career. The film, in which we travel to the origins of the iconic character, garnered $ 1.06 billion worldwide box office proceeds against a modest budget of $ 55 million. Joker, who succeeded to be the first R-Rated (18+) film in the history of cinema to pass the $ 1 billion threshold, will learn at the 92nd Academy Awards that will be held on the night of February 9th, whether or not he can bring the Oscar he desires so much to DC.

BTS WAS CHOSEN AS THE ‘GROUP OF THE YEAR’ AT THE...