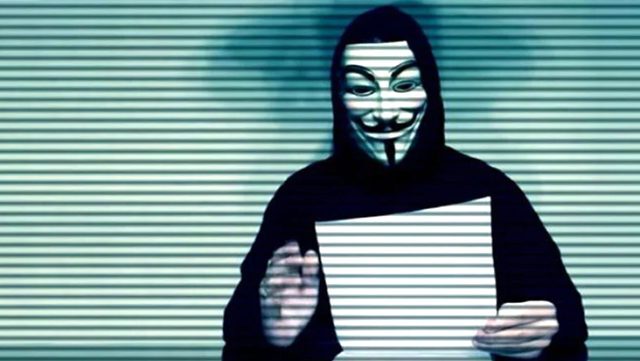 Hacker group Anonymous announced that it would support the protests with the video it published and threatened the US administration. After this announcement, Anonymous hacked the radio and websites of the Minneapolis police force.

Demonstrations that began to protest against the death of blackman George Floyd strangled by police Derek Chauvin on Monday in Minneapolis, the US, turned into a nationwide riot. In many cities, National Guards were deployed and curfews were declared, but this was not enough to prevent protests. On the other hand, the hacker group Anonymous was also involved in the protests and hacked the radio and websites of the Minneapolis police force.

Anonymous threatened racist police violence with a video he posted on social media and threatened the US administration by saying, “Take the necessary steps regarding the police who killed GeorgeFloyd, or wait for our steps.”

After Anonymous’s threat, he hacked the radio and websites of the Minneapolis police force.

Earlier, on May 28, FacebookIn Anonymous related page, a video was released in which a person wearing the mask, Guy Fawkes mask, spoke in a modified voice. The narrator, stating that “the people are hurt by the corruption and violence of an organization that promises to keep them safe,” stated that the police existed to realize the will of the criminal ruling classes.

“WE WILL EXPLORE THE CRIMES YOU COME TO THE WORLD”

“Unfortunately, we do not believe that you will fulfill the justice of your corrupt organization, so we will disclose the many crimes you committed to the world,” the narrator continued:

The video ended with the slogan of the group’s cyber attack,