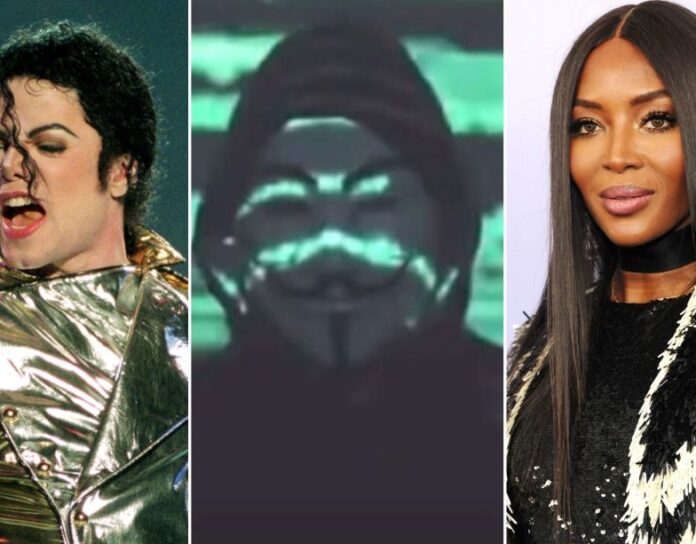 The group revealed information allegedly related to crimes around the world and generated great controversy.

Social media and news have not stopped talking about Anonymous, a group that would have resurfaced after years without activity, due to protests related to the murder of and racism in the United States, as well as the rest of the world.

But what is Anonymous and why is it trending, along with names of various celebrities?

Anonymous is a group known for hacking government agencies around the world, actions they take in protest and in defense of human rights. They are considered as an organization dedicated to cyber-activism that exposes crimes, which, on many occasions, are difficult to classify as one hundred percent real, because they do it anonymously, with videos in which they appear with a Guy Fawkes mask.

This weekend, a video emerged that would mark the supposed return of the group and in which it was assured that “many crimes will be exposed to the world” in response to police violence in the United States, which has occurred, especially in against African American people. “Hacktivist group Anonymous is returning to expose the Minneapolis Police Department and Donald Trump,” he said in a message.

Against impunity and the state sanctions street execution of #GeorgeFloyd. #IcantBreathe #GeorgeFloyd #BlackLivesMatterhttps://t.co/UqzGurBPpe

The disclosures include a link to a page called “Jeffrey Epstein’s Little Black Book,” in which the names of people, including many celebrities, who would be involved in an alleged trafficking network are disclosed. of children and pedophilia.

Members of the Trump family appear in the book, such as his daughter, Ivanka; Robert Trump, who is the brother of the current President of the United States; in addition to Mick Jagger, model Naomi Campbell, Michael Jackson, actor Kevin Spacey, among others.

However, the authenticity of the information published by Anonymous has not been confirmed, which also includes an audio of an alleged call made by Michael Jackson to his lawyer Dieter Wiesner, whom he allegedly told a day before he died, that he had afraid he would be killed.

“I don’t know if I should say this, I don’t know who might be listening. There may be a group of people who… want to get rid of me. They don’t want me here anymore, ”can be heard in the published audio, which refers to the fact that the interpreter of“ Billie Jean ”would have known about the pedophilia network and about those involved.

Throughout its history, Anonymous has exposed cases of corruption, hacked into government sites in the United States and other countries, yet they have long been kept out of the public eye.

In which they interviewed Biella Coleman, an expert researcher on the subject; She stated that she cannot fully assure that it is Anonymous, however Coleman also believes that it could well be a new wave of this movement, inspired by what is happening in the world and acting a little differently than what it is. they did a few years ago.

Exhaustivist Mustafa Al-Bassam was also interviewed by the media, for him, the revival of Anonymous is something that does not sound crazy, “this is how Anonymous works. Every certain years there is a huge event that causes the masses to get involved with Anonymous In 2008 it was Scientology, in 2010 it was WikiLeaks and now this is it. This is the biggest anonymous comeback ever seen, it’s crazy, “he said.

What is the Bitcoin Stock Flow (S2F) Model? How to make...