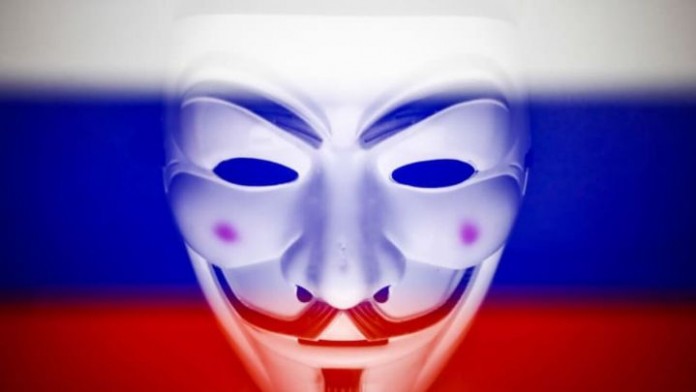 Anonymous: Although it seems that the war between Ukraine and Russia -or Russia against the rest of the world- is only on Ukrainian soil, the truth is that another one began in parallel before: a cyberwar in which there are many actors and teams involved. In fact, Ukraine itself sought help on the Internet and launched a recruitment announcement for computer experts to help them on the digital front of the conflict.

And these have been joined by an unexpected group. Because Anonymous did not want to miss the opportunity to position itself against Russia.

Emerging from the imageboard 4chan and Foro Hackers initially as a movement for fun, since 2008 Anonymous has manifested itself in protest actions in favor of freedom of expression, the independence of the Internet and against various organizations, even daring to Daesh, the very Church of Scientology, public services, consortiums with a global presence and copyright societies. And even in 2017 they went for then US President Donald Trump.

JUST IN: The #Anonymous collective has hacked the Central Bank of Russia. More than 35.000 files will be released within 48 hours with secret agreements. #OpRussia pic.twitter.com/lop140ytcp

In this 2022, positioned against the action of Vladimir Putin in Ukraine, the group of hackers has claimed an attack on the Central Bank of Russia. In a post on Twitter, one of the accounts representing the group announced that it would publish 35,000 files in 48 hours that appear to contain “secret deals.”

The account has yet to provide proof that it successfully carried out the hack, or that it had access to the promised documents. The Central Bank of Russia has not yet given an official response to the media, and may not despite what Anonymous says.

In support of Ukraine

The hacking group has targeted numerous other Russian organizations as part of a solidarity campaign in support of Ukraine following its invasion of the country on February 24. According to his words, in 2 days they will reveal hidden secrets in the Russian Central Bank, so on Saturday we should see evidence that Anonymous achieved its goal if it has been true.

We will be attentive to the group’s Twitter this weekend, to see how this story continues. According to the last message from the group:

“For the record, #Anonymous does not support any kind of political factions, political leaders, or religion.

We support the freedom fighters, we support the citizens of any country that needs help and is subjected to the repression of the dictatorship.

The revolution is now. One Love”.

Xiaomi Fixed Dozens Of Problems In The Miui Interface!

Japan will dump contaminated water from Fukushima plant into the sea