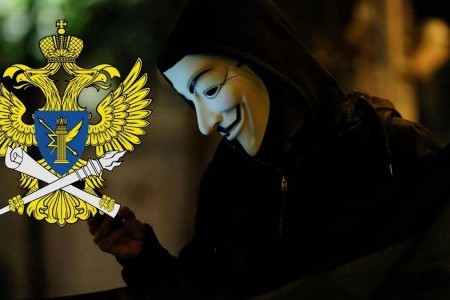 Hacker community Anonymous hacked Rozkomnadzor, the agency that oversees the media in Russia. The group has publicly shared the file, which is more than 500 GB in size.

There has been a new development in the cyber world, which is another front that has been mobilized with the invasion of Ukraine by Russia. Anonymous hackers, the world’s largest hacker community that declared war on Russia, carried out a large-scale attack on the Roskomnadzor institution, which controls, monitors and censors the Russian media.

In a statement shared on Twitter, hackers announced that they had exposed more than 360 thousand Roskomnadzor files as a result of the cyber attack. These files, with a total size of 526.9 GB, are publicly available for download. It has also been observed that some files in this huge archive were created as recently as March 5.

There was an attack on the censorship of Roskomnadzor

Anonymous shared the rationale for this attack as Roskomnadzor’s censorship of Russia’s invasion of Ukraine and therefore the public’s ignorance about its own government. The group also stated that it shared these files against the risk of Russia’s potential exit from the global internet.

WARNING: We do not provide any links in our news for this publicly available file with a total size of 526.9 GB, which covers more than 360 thousand files. Because, as Anonymous warns, some files in the archive also carry e-mail attachments that may contain malicious software. For this reason, we recommend that you access these files only if you are aware of them. Otherwise, undesirable situations may occur.