Home Sport What is the annual award that Cristiano Ronaldo received six times and... 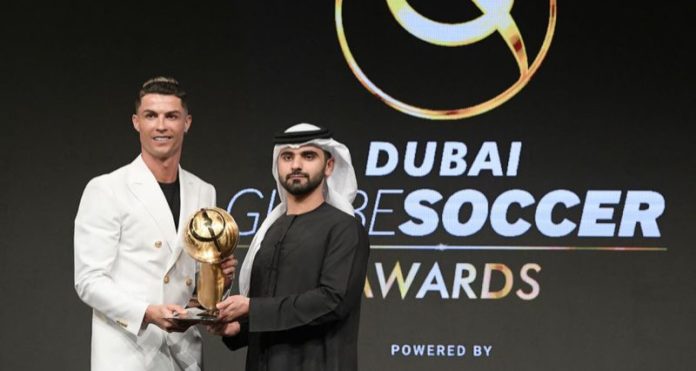 The Portuguese striker Cristiano Ronaldo was recognized last Sunday for the sixth time as the best player of the year in the delivery of the Globe Soccer awards held in Dubai. The 34-year-old attacker received six times the award of the nine editions that this award ceremony records. In this case, he beat Lionel Messi, the Dutchman Virgil van Dijk, and the Egyptian Mohamed Salah, both Liverpool players.

The Globe Soccer Awards are awards that have been held in Dubai since 2009. They are awarded by the Globe Soccer organization, which brings together the main representatives of the world of football (FIFA, ECA, UEFA), the Arab Emirates League, important world clubs and Your managers

In this year’s installment, the best player of the year was selected by the English Lucy Bronze (Oympique Lyon) and as revelation of the season, the Portuguese Joao Félix (Atlético de Madrid of Spain) was chosen, the agency Efe reported.

As the best club was awarded Liverpool, brand new world champion of clubs, and as best technical director was proclaimed the German Jürgen Klopp (Liverpool)

Sergio Ramos, the problem of the classic ‘9’ and its great...