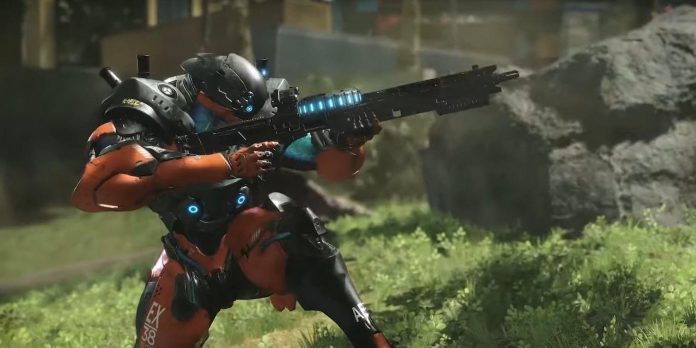 This year, the Tokyo Game Show was held from September 15 to 18 and presented several exciting discoveries from Japanese developers. Capcom had a notable presence: Resident Evil, Exoprimal and Street Fighter appeared. Bandai Namco was also on hand to share the news about Tekken. Developers from all over the world also found themselves in the spotlight, including Arkane Studios, which presented the Deathloop update.

Tokyo Game Show is one of the largest video game exhibitions in Asia, which attracts attention from all over the world due to the big announcements and discoveries that take place at the annual event. In 2020 and 2021, the event was supposed to become virtual due to the global COVID-19 pandemic, but this year it finally returned to a full-time show. The show did a good job illustrating all the exciting games that players can expect in the Eastern markets.

Capcom had several games presented at the Tokyo Game Show, including Street Fighter 6. Gamers have already been presented with fragments of the upcoming game, which allowed them to see some of the expected characters, such as Yuri and Kimberly. One line-up was revealed for the whole day, which will include such classics as Ryu and Chun-Li, as well as new faces. Players can visit the official Street Fighter 6 website to register for the open beta testing, which will take place from October 7 to October 10 on PCs and consoles of the current generation.

The studio also has an upcoming third-person shooter Exoprimal, in which players will fight hordes of dinosaurs and other prehistoric creatures. The game got a new trailer on the show, and it made it clear to fans that it would be a pretty dynamic game. It is expected to be released in 2023 on PC, PlayStation and Xbox.

Resident Evil 8 has also appeared, and Capcom has demonstrated a little more DLC Winters Expansion, which will be released in October. The expansion will complete the Winters family saga DLC Shadows of Rose, as well as introduce gameplay with a third-person view, which will allow players to experience horror in a new way. Monster Hunter Rise: Sunbreak will also receive an update on September 29, which will feature three new monsters, as well as unlockable multi-layered weapons.

Gamers were shown Tekken 8 during the recent Sony State of Play event, and it had great graphics of the current generation. During the Tokyo Game Show, fans learned even more about the upcoming game. The host of the series Katsuhiro Harada gave a long interview to IGN, in which he described in detail how Tekken 8 is a turning point for the franchise. Harada also expressed his excitement about the series’ transition to Unreal Engine 5 and how it would allow them to promote the console’s hardware in a new way. In the upcoming game, there will be a tense battle between Jin Kazama and Kazuya Mishima, and gamers will be able to play it on PC, PS5 and Xbox Series X/S. One Piece Odyssey is a new role—playing game developed by ILCA. It was originally planned to be released in 2022, but at the Tokyo Game Show it became known that the game would appear on store shelves on January 13, 2023.

Studio RGG announced that the Yakuza series will now be called Like a Dragon, as it was called for a while in Japan. According to Sega, the name change was made to preserve the uniformity of the franchise in both the Western and Japanese markets. It was also announced that two new recordings are on the way: Like a Dragon 8, a spin-off starring Kazuma Kiryu and Ishin! remake.

Sonic Frontiers also appeared. Past trailers have caused mixed reactions, although what was shown at the Tokyo Game Show was very tempting. Super Sonic will be used more often in the open areas that make up the game zones. Gamers can expect the game this year on November 8 on Nintendo Switch, PC, PlayStation and Xbox consoles.

Although Japanese studios predictably dominated the show, several Western studios also appeared. Quantic Dreams CEO Guillaume de Fondomierre spoke to IGN Japan during the event, telling a little more about the studio’s upcoming Star Wars game. Although the game will contain action elements, it will also include an extensive narrative and decision-making process by players, for which Quantic Dreams is famous.

After a period of exclusivity on PlayStation, Deathloop moved to Xbox. At the Tokyo Game Show, it also became known that Deathloop will receive the Goldenloop update, which will expand the ending of the game, add new types of enemies, new weapons, a new ability and much more. The update is available for free on all platforms.

There were other noteworthy announcements from other studios, including Konami, who reported that Suikoden 3 and Suikoden 2 will receive HD remasters next year on Nintendo Switch, PC, PlayStation and Xbox.

Career: How to Get Travis and Laura to Kill Each Other...