Home Entertainment Announcement of a new expansion pack for Sims 4 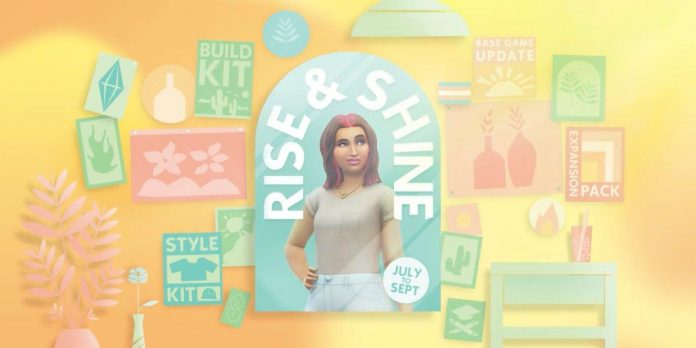 The new Sims 4 video is filled with creators sharing tips for teens, hinting at the imminent announcement of a new expansion pack focused on high school. It’s been quite a while since a full expansion pack was released for the simulator series, the latest of which was The Sims 4: Cottage Life, released in July 2021. On the eve of the anniversary of the release of the expansion, many fans were looking forward to its release. the announcement has been around for some time, and it looks like it will finally come to fruition this week.

Expansion packs are the largest and most complete volume of DLC for The Sims 4, including whole new worlds and a large number of new gameplay elements, clothing and items. As the year between expansion pack releases approached, rumors about the next release began to circulate after the Sims 4 team sent out a survey with questions about games played by fans, including an unreleased expansion pack called “High School”. At the time, the leak was met with intense scrutiny, but the roadmap released for The Sims 4 this week gave a significant amount of hints that the next DLC would indeed include new school activities for teenagers, through imagery such as a graduation cap and pencils.

In a new post from The Sims’ Twitter account, various Sims 4 creators reflect on their teenage years and give advice. The video clip shows how Sims 4 creators like steph0sims react to questions about their teenage years presented on topics like “kids they loved,” “if there was drama,” “what advice would they share,” and “if they did again.” The post has a hashtag referring to the expansion pack and links to a Youtube video on The Sims channel, which will premiere on June 30 at 8:00 Pacific Time, with a description that reads: “So many changes… find out how important your Sims’ “Life is getting more exciting” period is.

At the moment, apart from the full official announcement, it is quite clear that the next expansion pack for Sims 4 will be dedicated to the teenage stage of life. Although many players have already accepted this as a fact, either with the first leak of the package, or with the subsequent placement of Sims 4 DLC on third-party websites, some still had doubts about the reliability of the information until now. While it’s not certain yet that the expansion pack will focus on high school, and not just the new depth for teen sims, previous academic imagery indicates this.

This is great news for many players: Sims 4 fans have long expressed a desire for teenagers to have a more challenging game, and many believe that the current interpretation of teenagers, in fact, makes them look and behave like slightly smaller adults, except for the fact that they have to attend school. Currently, players don’t even see how students attend school, and teenagers simply disappear in the morning and return in the afternoon. This new downloadable content will open up a lot of new storytelling opportunities in The Sims 4, especially for players who love family gameplay. Whether Sims 4 players want teenagers to rebel against their parents, find their high school sweetheart, or cause drama at school, this expansion pack seems to offer many exciting new opportunities for teenagers.