Home Tech Announced Why Volkswagen Passat Production Will Be Stopped: It Will Say Goodbye... 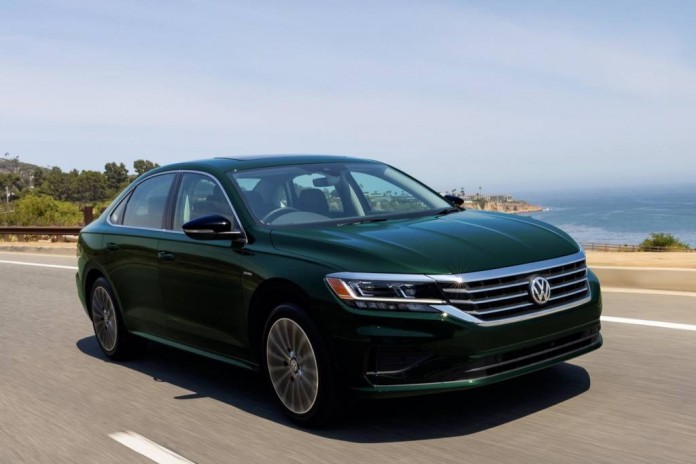 Volkswagen Passenger Cars General Manager Gino Bottaro made statements about the company’s future plans. Stating that Passat Sedan production will end this year, Bottaro announced that the company will turn to SUV models.

German automobile giant Volkswagen made important statements about the future of the company. At the meeting, which was also attended by Yiğitcan Yıldız from Habertürk, statements made both globally and specifically for Turkey revealed Volkswagen’s works that will cover the coming years. The statements made by Volkswagen Passenger Car General Manager Gino Bottaro revealed that Volkswagen attaches more importance to the SUV type than ever before.

“With our electric SUV models that we will put on sale from 2024, the number of SUVs will be 11. We plan to increase our SUV sales rate to 50 percent this year.” said Bottaro, reminding that there are 6 SUV models under current conditions. Declaring that they will not be content with this alone, Volkswagen manager stated that the number of SUV models will increase even more in the coming years.

2022 will go down in history as the last year of the Passat Sedan.

The automobile world has known for some time that the Volkswagen Passat has come to the end of the road. However, Gino Bottaro announced that this process was delayed. According to Bottato, Passat Sedan production will end as of this date. Consumers will instead be able to purchase versions called Passat Variant and Alltrack. Bottato’s statement on this subject is as follows: With the effect of the pandemic and the chip crisis, the end of the Passat sedan was delayed. The traditional sedan body type is now in a downward trend in our country. There is an increasing trend towards more functional models that serve both daily and travel habits. Passat is changing its shell by adapting to this change trend. The sedan leaves its place to the Passat Variant and Alltrack options. We will present these models to the market with different equipment and engine options. In 2023, our product range will expand further with our new SUV model to be added between the Tiguan and Touareg.

One of the issues that Gino Bottaro touched on was the global increase in automobile prices. Expressing that a chip purchased for 1 euro before the pandemic is now 38 euros, Bottaro underlined that the chip crisis may continue for a while. “At the end of 2021, we were impressed by what we saw at the factory, which is the largest facility of the company, at the meeting we held with Volkswagen senior management in Germany. VW Board Member Murat Aksel accompanied us there. We understood the gravity of the event better from Aksel’s statements. Aksel, semiconductor crisis He explained that the chip cost 1 euro due to the cost of up to 38 euros. Murat Bey said that they produce 10 million vehicles a year, but they do not even know how many tires they can buy in 15 days. He also drew attention to the high inflation in Europe. While the price increases were reflected between 0.5 and 1.5 percent in the transitional transitions, the price increases were 5.5-6 percent at the beginning of 2022. According to Bottaro, automobile sales will be as sluggish this year as it was in 2021.