Home Entertainment Announced Voice Of Cards: The Forsaken Maiden, The New From The Creator... 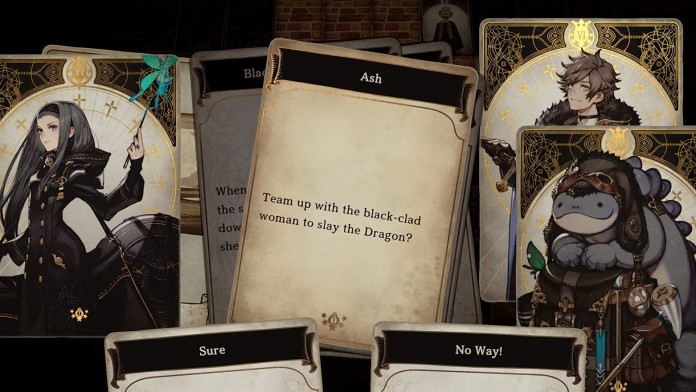 Voice Of Cards: The title is a new installment in his card saga, which will go on sale on February 17 for PS4, PS5, Nintendo Switch and PC. By surprise, Square Enix has announced the development of Voice of Cards: The Forsaken Maiden, a new chapter of the card game developed by Yoko Taro. It is not a direct sequel, but rather a spin-off, so it will not be necessary to have completed the original title. Be that as it may, this adventure can be enjoyed from February 17 on PlayStation 4, PlayStation 5, Nintendo Switch and PC. You can see the first trailer just above these lines.

In addition to Yoko Taro, creative director and head of the NieR saga, the studio has the participation of composer Kiichi Okabe, as well as executive production by Yosuke Saito and designs by Kimihiko Fujisaka. The argument will be centered on a series of islands that face the real possibility of a catastrophe, their own destruction. Previously, these island settlements were protected by the power of the maidens, but Laty failed in her quest to become one of them and plunged the world into peril.

The new voice of the Game Master

The Forsaken Maiden has been built on a card system, which will once again feature a game master, this time played by Show Hayami in his Japanese version, while the English voice belongs to Mark Atherlay. Square Exix has underlined in the announcement tweet that we are dealing with an “independent” product designed for both “new and old fans” of the brand.

Yoko Taro has become an important figure in the video game industry, especially as a result of the success of NieR: Automata, a video game developed by Platinum Games for PS4, although it has subsequently had adaptations for Xbox consoles and PC. At the end of last year, Taro himself stated that the story of NieR has ended, so in principle there will be no more games.