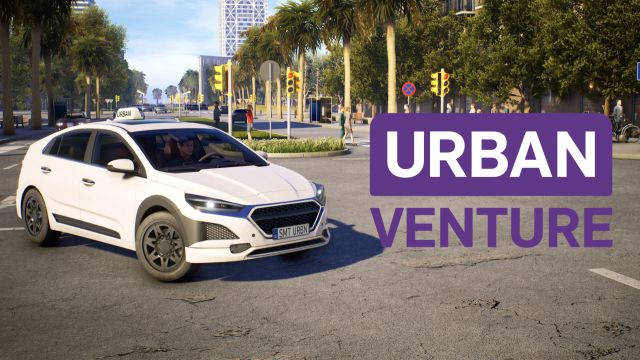 Urban Venture: In addition to traveling through the Spanish city, the game developed by the creators of Train Life allows us to build our own company. Driving around Barcelona in a video game will be a reality thanks to Urban Venture, a title that will offer the player the chance to become a taxi driver in the heart of Barcelona. The video game, developed by Simteract for PC, puts the user in charge of a transport business. You will have to bring customers, build your own reputation and expand the company.

On a day-to-day basis, driving in the city reveals the beauty of the city, but also the challenges of any large metropolis: traffic jams, bad weather, roads in poor condition, unfriendly passengers and the occasional traffic accident. In addition to people, we can also transport goods, while hiring personnel and managing the vehicle fleet, always bearing in mind that traffic regulations must be respected.

A Barcelona recreated on a real scale

The creators of Train Life: A Railway Simulator recreate the city of Barcelona on a real scale and use an artificial intelligence system to simulate traffic, using technology that has been designed by the studio itself with the aim of testing autonomous driving vehicles in The real world.

The Urban Venture experience begins with a driver taking on assignments from Uber-style companies, but over time and with some experience it is possible to start a company and try to dominate the market. In addition, the game incorporates a whole series of customization elements that go beyond aesthetics, since customers evaluate the level of cleanliness and other similar aspects. And as a boss, experience isn’t always easy either. Dealing with unruly employees is just one of the problems that can arise.

Urban Venture does not yet have a specific release date, but it is estimated that it will be available between the last quarter of 2022 and the first of 2023. For now, anyone interested can add it to their Steam wish list.