Home Entertainment Announced ‘The Tragedy Of The Ghost of Sparta’, The New Book Dedicated... 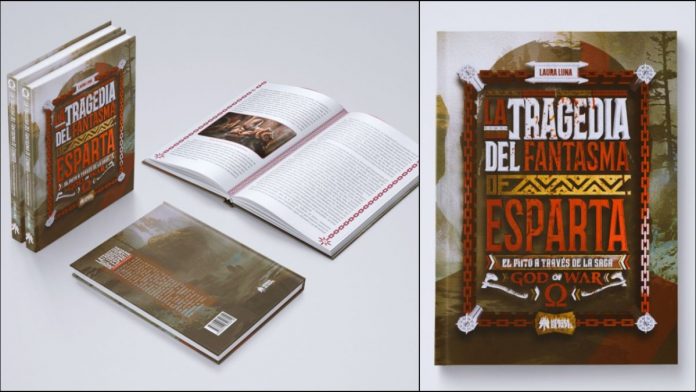 God Of War: Héroes de Papel presents its new editorial bet for this month of October, where the saga is approached from an analytical point of view. Open reservations. Héroes de Papel continues to show its catalog of editorial premieres for this second half of the year. This time, it’s Kratos’ turn. This July 2, the Spanish publishing house announces “The Tragedy of the Ghost of Sparta: The Myth through the God of War Saga”, its book dedicated to the universe of the famous SIE Santa Monica Studio license.

Written by Laura Luna, a contributor to MeriStation, the book analyzes what is already one of the most important series in our industry; with the added point of having the prologue written by David Jaffe, creator of the original work.

The Tragedy of the Ghost of Sparta: The Myth Through the God of War Saga

A reference in the hack and slash genre since the PlayStation 2 generation, this essay seeks to bring his story closer to analysis; from the mythological and cultural references to what has led its protagonist, Kratos, to become a tragic hero with very different feelings. Not only does it talk about the extensive video game portfolio, but it also delves into the transmedia component of the license, a media franchise with a presence in video games, comics and novels.

Pain, blood and violence through God of War are some of the aspects that emerge from this volume, on sale next October 6, 2021 in bookstores and department stores. As is usual in the publisher, and as in ‘The Nintendo 64 Encyclopedia’, all editions are published in hardcover and in full color. And yes, we speak in the plural, since there is a standard edition and a special edition.

Kim In Kwon and Cha Chung Hwa Are Polar Opposites of...