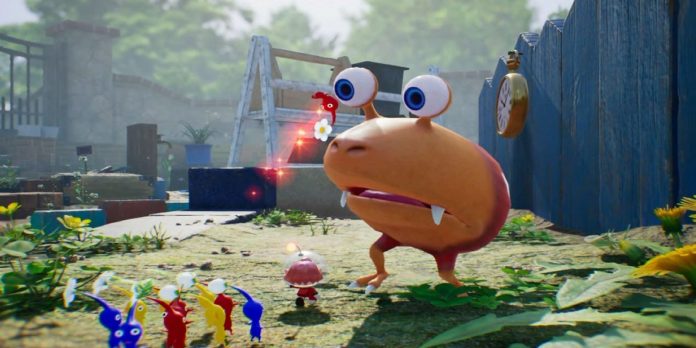 During the last Nintendo Direct, Nintendo announced that Pikmin 4 is real and will be released on Switch. This was one of the games that the June Nintendo Direct left in limbo, as many players expressed their opinion about the lack of news about the new game of their favorite series.

Almost since the release of the previous main game, players have been wondering when Nintendo will release Pikmin 4, and have been waiting for it with bated breath. While this may confuse those who have never played games, those who often become devoted fans are attracted to the fascinating gameplay and colorful worlds of Pikmin.

The announcement of Pikmin 4 is accompanied by a very brief trailer of the game. Barely exceeding 30 seconds, the title shows little other than the setting with huge benches and stunted fences, a hodgepodge of props that doesn’t seem to fit. However, the graphics and the world look beautiful and vibrant, with lots of plants and adorable monsters. In this case, a couple of Bulbucks are wandering around, and another one is sleeping next to the clock. At the very end, the release window confirmed that Pikmin 4 would be released a whole decade after Pikmin 3.

Although the gameplay is not shown, we can safely assume that it will be similar to the gameplay of previous Pikmin games. This means that players can probably count on commanding large groups of Pikmin as they explore an unfamiliar new land, collect materials and try to increase their home base, as well as fight monsters using overwhelming numbers. Perhaps new features will also be added to the game, such as Pikmin Bloom customization methods.

Each story of Pikmin names focuses on finding something vital on the Pikmin home planet, ranging from spaceship parts to food. In each new title, new characters also appear, alien to the mysterious and oxygen-saturated world of pikmin. These distinctive characters are what will likely continue to separate Pikmin 4 from games like Pikmin Bloom and its gameplay and rewards focused on the human community.

For those trying out Pikmin 4 as their first Pikmin game, there are a few things they should expect, especially if they’ve played the recent Tinykin, which is often compared to Pikmin. The differences between Tinykin and Pikmin include (for Pikmin) a time limit, fewer NPCs, and battles that will require the correct use of the acquired Pikmin. Make no mistake, despite the beautiful surroundings, Pikmin can become quite stressful.

Pikmin 4 will be released on the Nintendo Switch in 2023.