Home Entertainment Announced ‘I have dreamed that I dreamed’ 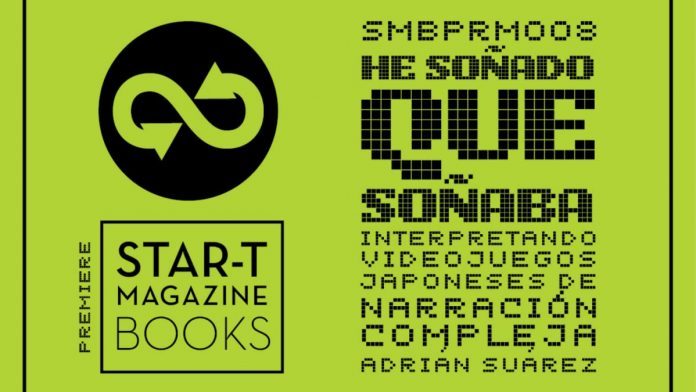 Star-t Magazine Books expands its Premiere collection with the new work by Adrián Suárez, author of ‘Sobre Mario’ and ‘The father of dark souls’.

Star-t Magazine Books has released a new video game book under the Premiere label. The Spanish publishing house, in its quest to deepen the task of studying and disseminating the medium, expands its offer with “I’ve dreamed that I dreamed: Interpreting complex narrative videogames,” written by Adrián Suárez; He is also the author of ‘The Father of Dark Souls: Hidetaka Miyazaki through his work’, co-author with Alex Pareja of ‘About Mario: From plumber to legend (1981-1996)’.

Suárez, university professor at UNIR and CESUGA (Digital communication and multimedia projects) and fellow editor at Mundogamers and 3DJuegos, seeks in this new volume to explain and analyze the complex narrative of Japanese video games from the point of view of a Western researcher. ‘I dreamed that I dreamed’ he explains and interprets the particularities of the Japanese narrative through video games, their connection and the differences that separate it from what happens on the other side of the world.

The Japanese narrative, analyzed from the western prism

Understanding both aspects is one of the keys to this book, as this is how it is expected that the reader can learn the idiosyncrasy that characterizes works from an unavoidable country when talking about electronic entertainment. The publisher anticipates in its statement that some of the analyzed works are Silent Hill 2, Kingdom Hearts, Death Stranding, Final Fantasy XV, the Metal Gear series, NieR, Dark Souls and 13 Sentinels: Aegis Rim; all of them very different, particular and singular. Author’s works.

See Also
Books that will be adapted for series and films

According to the information, ‘I have dreamed that I dreamed: Interpreting video games with complex narration’ will reach bookstores and department stores throughout the second quarter of 2021; between the months of April and June. For more information, reservations and orders, the official website of Star-t Magazine offers more details in this regard.

Another recent release from the publisher, this time from a retrospective point of view, is ‘Play History: The 50 video games that changed the world’, by historian Marc Rollán, which talks about the most important and influential video games in the medium that we unites.