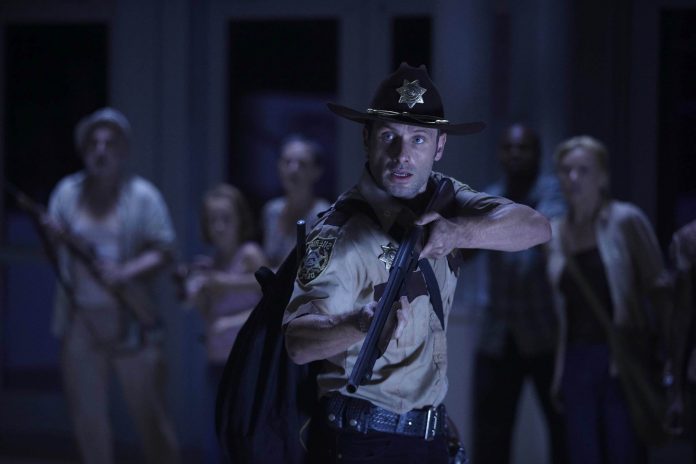 The AMC network plans to launch the 6 additional episodes of The Walking Dead season 10 from February 28, 2021, which have been waiting for months.

Fans of The Walking Dead remain hopeful to see their favorite character on the series, Rick Grimes, who disappeared mid-season 9.

What viewers can be sure of is that Rick Grimes’ trilogy of films will hit the big screen sooner. The executive producer of the feature films recently released new information.

According to Patreon, insider Daniel Richtman revealed that the movies will have an 18+ rating and will have a similar rating to the X-Men, according to the producer who wrote the script with Robert Kirkman.

The first The Walking Dead movie will be directed by Scott Gimple and is scheduled to begin shooting in the spring of this year.

Along with Gimple, the new The Walking Dead project will also come from AMC Studios and Skybound Entertainment in collaboration with Universal Pictures, which will handle the distribution in theaters.

Regarding the meaning of The Walking Dead movie, Gimple commented in an interview that it will serve to pay tribute to all the characters within the zombie universe. This is what he told The Hollyood Reporter:

“I think this Walking Dead movie should pay tribute to the people who invested their lives in the show. […] I’m sure people who have just arrived on the show or in this universe will have fun.”

Regarding what Rick Grimes will look like in new movies coming to theaters, Gimple pointed out that the fan-favorite character will be very different from the AMC series. This added the executive producer:

“The Rick we will see is a very different Rick. It’s something different, and I think, in a way, it’s about trying to include this story with respect to the integrity of the story in general, offering a new step towards realizing the character of Rick Grimes and bringing people to a moment exciting in this universe ”.

Avengers: Endgame’s blockbuster may not be broken for a long time...