Home Science It Was Announced That The Flu Medicine In Japan Is Good For... 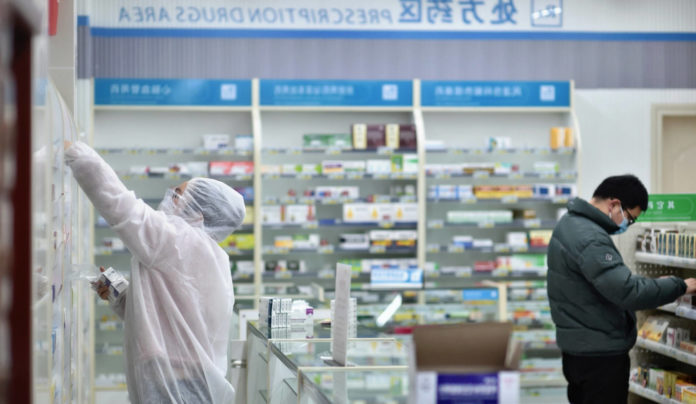 The number of Corona virus cases has exceeded 200 thousand as of today. According to reports compiled from statements made by Chinese officials to journalists, the presence of the drug that could be used as a possible treatment for the virus was mentioned. According to the comments, a Japanese flu drug, which has been subject to clinical trials in China, effectively helped to recover people who have been diagnosed with the disease.

A drug known as Favipiravir was used in the treatment of patients infected with Corona virus. The drug, which can also be sold under the name Avigan and developed by Toyama Chemical company of Fujifilm in Japan in 2014, is also known as an antiviral. It has also been announced by the authorities that about 200 patients in Wuhan and Shenzen cities of China are included in the trial.

Zhang Xinmin, director of the National Biotechnology Development Center of the Chinese government, who reported the results of the trials, reported that patients in the control group were negative in virus tests within an average of 4 days instead of 11 days. In a press conference Tuesday, Zhang told reporters that the drug was ‘very safe and clearly effective’ and added that it had no clear side effects.

It has been shared that Favipiravir is active against influenza viruses, West Nile virus, yellow fever virus, Alum disease virus, as well as other flaviviruses, arenaviruses, bunyaviruses and alfaviruses. The drug is also known to show limited activity against the Zika virus in animal studies, but less effective than other antivirals such as MK-608.

Various sources provided information about the drug
According to information from Reuters, Fujifilm’s shares rose more than 15% on Wednesday, but the company does not expect any gains for the drug as the Chinese license for the main component of the drug expires in 2019. According to Guardian, Japanese doctors test the Favipiravir drug in clinical trials, but the drug is reported not to be so effective in patients with more severe symptoms.

The Chinese Embassy in Ankara, on the other hand, shared Favipiravir on Twitter, saying, “The drug Favipiravir has been shown to reduce the healing process of COVID-19 from 11 days to 4 days! Zhang Xinmin, head of the China National Biotechnology Center, told the effectiveness of the drug that has been in Japanese pharmacies since 2014. “We will follow how effective the drug will be in the coming days.

Tested With Great Hope Against COVID-19, It Has Been Revealed That...