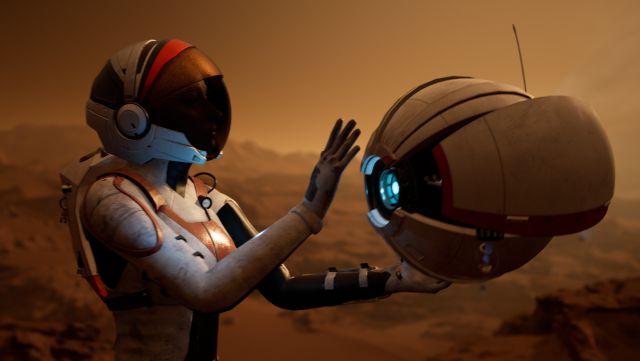 Deliver Us Mars: The sequel to Deliver Us The Moon takes the player to the Red Planet after the ship makes an emergency landing. Frontier Foundry will publish Deliver Us Mars, a new narrative-style title developed by the Dutch studio KeokeN Interactive, which will go on sale on Xbox Series X, Xbox Series S, PS4, PS5 and PC (Steam and Epic Games Store). The game has been presented through a teaser trailer that you can see just above these lines. It is now available to pre-order on PC digital stores.

Players will take flight to the Red Planet in a sequel to Deliver Us The Moon, which will take place in the third person and will provide “a radical leap in both gameplay and narrative.” As you can see in the video, the spacecraft makes an emergency landing on Mars. As soon as he retrieves and reactivates his companion drone, the teaser closes with a beautiful landscape of the planet.

A decade after the events of the Fortuna mission of Deliver Us The Moon, the studio has built a science fiction story that will include references to the first installment, although all players will be able to enjoy the video game without having played the first title. They promise new mechanics and a scaling system that will allow you to traverse the terrain of Mars with ease.

The Earth, a planet without resources

In Deliver Us Mars, the Earth has exhausted almost all of its resources, for which humanity has been forced to travel to other worlds such as Mars or the Moon. “Joining forces with Frontier Foundry allows KeokeN Interactive to fully achieve the goals and ambitious goals we set for Deliver Us Mars,” said the two founders of KeokeN Interactive, Koen and Paul Deetman. “We are very excited about this collaboration, knowing that the sci-fi specialists at Frontier are behind what we do.

Frontier promises news in the coming months. They have not yet specified the release date, although on the Steam page they point out that it will arrive “soon”.

Far Cry 6 Has An Alternate Ending – How To Unlock...