Home Crypto Announced 5 altcoins that will be purchased in April! 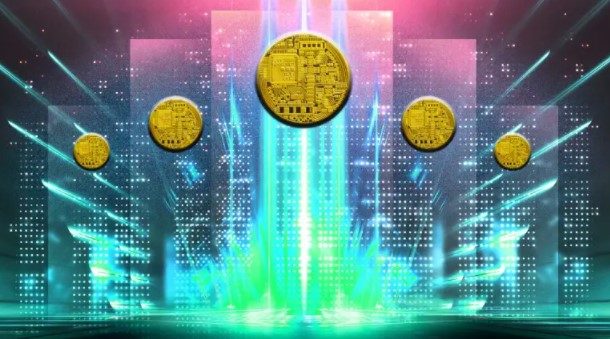 Although the entire cryptocurrency market has been looking optimistic over the past few days, traders are wondering which altcoins they should keep and which ones they should remove from their portfolios. Chris, the host of the Youtube Channel Cheeky Crypto, who came to the aid of investors in this regard, explains the 5 best altcoin projects to buy in April 2022.

According to Chris, the owner of the well-known crypto channel on YouTube Cheeky Crypto, ETH’s competitor Avalanche (AVAX) aims to surpass ETH with a higher transaction throughput of up to 6,500 transactions per second without compromising scalability. The analyst predicts that AVAX, an inexpensive and environmentally friendly altcoin, is an excellent platform for developers to create dApps, and this ecosystem will expand further than it is now. In addition, AVAX holds a dominance of 29.02 in terms of total blocked value (TVL). For this reason, Cheeky Crypto states that the first potential altcoin to be bought in April is AVAX.

According to the analyst, another cryptocurrency that offers excellent investment opportunities next month is Cardano (ADA). According to the Cheeky Crypto server, Cardano, a proof-of—stake blockchain platform whose goal is to allow “innovators, innovators and visionaries” to achieve positive global change, will be a catalyst for many projects to be included. big things from Cardano. Cardano, which is engaged in large businesses around the world, allows you to create dApps on its own protocol. For this reason, according to Chris, ADA has the potential to become a leader in the artificial intelligence industry, as well as in the DeFi industry. However, for this, it is expected that a scaling solution will be implemented in Cardano.

Analyst: These 3 Altcoins Should be on the radar

According to analyst Chris, another altcoin worth buying in April is VeChain (VET). There may be some potential opportunities in VeChain, a Tier 1 enterprise smart contract platform. The blockchain platform, which recently launched its VUSD, is expected to launch dApps in the coming weeks and months. The next name mentioned by Chris, Gala Games (GALA), aims to steer the gaming industry in a different direction by giving gamers back control of their games. The project wants to change the fact that players can spend hundreds of dollars on in-game assets and countless hours spent playing, which can be bought from them at the touch of a button. Thus, according to the analyst, GALA will be the fourth coin to be bought in April.

Harmony (ONE) is the latest name on the radar of Chris, the host of Cheeky Crypto, whose analysis we previously consulted as Somanews. The Harmony Network, a blockchain platform designed to facilitate the creation and use of decentralized applications (dApps), is designed to update the way decentralized applications work by focusing on the sharing of random state, which allows you to create blocks in seconds. With a total unlocked value of currently $857.31 million, ONE thus increases its dominance among DeFi professionals to 43.99 percent, which is a staggering 4.58 percent increase. According to the Harmony (ONE) analyst, April provides a good buying opportunity, whose ecosystem is growing, and people are very excited to see how it will develop in the coming weeks and months.

Elon Musk’s Family, Taurus in These Altcoins: They Invested!