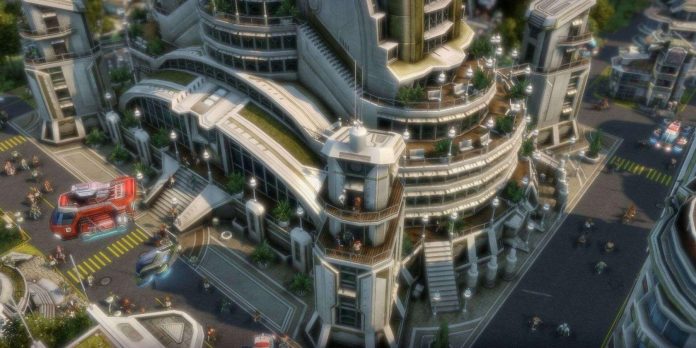 For decades, urban planning strategies have managed to occupy a solid niche in the gaming industry, and games such as Civilization and Age of Empires continue to gain popularity even today. The list of fans’ favorite strategy games includes the Anno franchise from Ubisoft. Ubisoft recently announced an update for one of its early games, Anno 2070, which excited many players.

Earlier, Ubisoft announced that Anno 2070 will be closed along with online services and content for several other games. Although the initial announcement stated that the shutdown should happen by September 1, Ubisoft has extended online services for a month for some of these games. In addition, Ubisoft Mainz, the developers of Anno 2070, announced that the game will be updated so that players can continue to play it with all its features.

According to the statement, the developers of Anno first tested its components for a single-player game, special features such as world events and the Ark, multiplayer mode, and then, eventually, the migration of player progress. Thus, after the Anno 2070 update, fans will be able to continue playing after September 1 and, “hopefully, for many more years,” says the development team. The announcement also mentions that the game will be in maintenance mode on September 6 at 6:00 UTC+2, during which the player’s progress will be transferred to the new version.

While other older Ubisoft games, such as Assassin’s Creed, will lose some of their content, Anno 2070 will retain the player’s progress and all the features of Anno 2070. In addition, the developers also claim that the update will offer performance improvements to the game. According to the team, Anno 2070 has been ported to the 64-bit version so that it can work better with PC memory, and its new online services “should provide a more enjoyable player selection experience.” However, Ubisoft Mainz clarified that it cannot guarantee that the old mods will continue to work with the new version of Anno 2070.

Nevertheless, the decision to update the 11-year-old game to preserve its functionality is welcomed by many fans of the series. It is clear that Ubisoft is betting that Anno will remain a favorite among players, since the publisher assured fans that the studio currently has an active team that will continue working on Anno. It’s unclear if players can expect new franchise updates in the near future. In any case, the publisher is likely to share more details during the Ubisoft Forward event in September.