Home Entertainment Anniversary Of Breath Of The Wild: The Game That Oxygenated Open Worlds 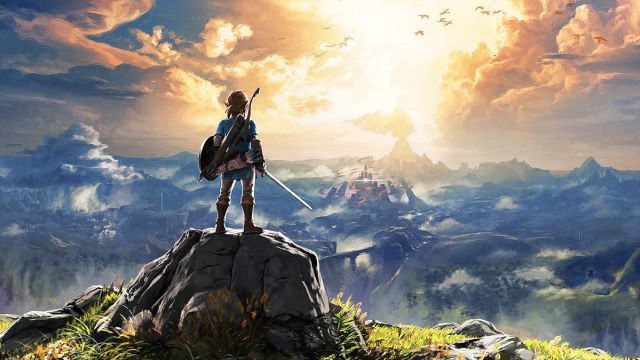 Breath Of The Wild: The last Zelda turns five years old, so we remember it and delve into how Nintendo managed to reinvent the exploration of its most adventurous saga. What were the chances that the fifth anniversary of Breath of the Wild fell just a week after the release of Elden Ring? It is almost as if From Software had set out to take over from Nintendo just before reaching that milestone. Remember again that Japanese studios not only know how to make great open worlds, they can even make the best ones when they get down to it. And it is not an arbitrary distinction, because for a time this was far from the case.

GTA, Elder Scrolls, Far Cry, Assassin’s Creed, The Witcher… For years, the biggest names in open worlds, whether modern or medieval, were written using Western ink. Japan, of course, had signed its fair share of epics in the past, from the great JRPGs of Square’s golden age to Nintendo itself with Zelda or Team ICO with Shadow of the Colossus. But with the arrival of the first decade of high definition on consoles (2005-2015), Japanese developers suffered more to adapt than companies like Rockstar, Bethesda or Ubisoft. Although history, luckily, seems to have changed again.

And we say “luckily” not only out of sympathy for studios like From Software, Nintendo EPD or Monolith Soft (a partner on Breath of the Wild that already pushed Nintendo’s open world vision forward in the now half-forgotten Xenoblade Chronicles X on Wii U). ). We also say this because these games have not limited themselves to closing the gap with the other Western references in their own style. Their success does not derive from being simple adaptations of Zelda and Dark Souls to the same mold that sagas like the ones mentioned above —along with many, many others— established, standardized and, in some cases, exploited.

It derives from going further and creating new molds, with new rules, often opposed to those great referents, and often also opposed to each other. Because Breath of the Wild and Elden Ring are very different games, even if it’s easy to find similarities due to those subversive claims. But today our protagonist is the last Zelda, so we will leave his compatriot aside for a moment and focus on him. Although not before taking a short detour and putting on the table another game that will soon also reach a symbolic anniversary: ​​Morrowind.

RPDR: Why Trixie Mattel says she will never participate in the...

Family Chantelle: the most glamorous photos of Chantelle after separation