Home Entertainment Anne With An E: The Love Story We Can’t See Even If... 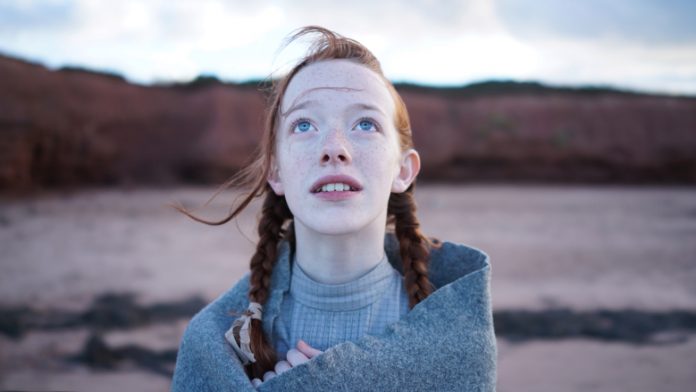 The good news is that the hopes that Anne With An E will return and the rumors that her producers are still looking for a solution continue; the bad news is that if one day he returns to the screens there are some narrative arcs that will not have continuity because they have already completed their cycle within the plot.

After her unfair cancellation of Anne With An E, expectations for her to return with the fourth season have not disappeared. Fans continue to fight for some kind of agreement to be reached that will make it easier for it to be seen on an international platform. Meanwhile, the public shortens the wait speculating that it could bring a new installment.

There is no doubt that Anne With An E differs from the rest of the series of its kind by having conquered one of the most loyal fandoms ever seen in the world under the name “Anne Nation”. With more than two years since its cancellation after its third season, they have continued to pressure and encourage its producers to renew the show, either by Netflix or another transmitter.

Like all period series, the story cannot go by without a few romances along the way. Anne With An E is no different, while most of these relationships are just school crushes and remain central parts of the show, there is one relationship in particular that stands out from the rest for its authenticity and especially for its protagonists, Aunt Josephine Barry (Deborah Grover) and his wife “in their own way”, Gertrude.

Josephine Barry, “Aunt Jo”, is one of the most beloved and endearing characters in Anne With An E. William Barry’s aunt and great-aunt Diana Barry and Minnie May Barry, appears as an interesting supporting role. She is a wealthy and well-educated woman who has been able to enjoy life and her advantageous economic position. But when Anne and her friends visit her in town, they discover that Josephine has had a much more interesting life story than other women of her age and position.

Although in her adulthood she lived surrounded by artists of all kinds, her childhood and youth were different, raised in a rigid and conservative family that tried at all costs to suppress her passions and dreams until she met Gertrude, a woman with whom she fell in love. and accompanied until he passed away. Although the Barry family always wanted to see Josephine and Gertrude’s relationship as a friendship, they were actually a couple.

In the first season of Anne With An E, she is portrayed as wealthy Aunt Jo who was mourning the loss of the person whom young Diana Barry considered Aunt Gertrude, Josephine’s lifemate. Although the term did not exist at the time, their relationship was a “Boston marriage”, the cohabitation of two women regardless of financial support from a man.

History shows that both women were very happy together, they built a life around their home and a community around their love. They loved the arts and each other and it was all they needed. In a world that avoided people like them, they finally built a home. Their romance was so pure and adorable that even fans, who never knew Gertrude, are heartbroken to lose her and regret not being able to see their romance on screen.

Despite the sadness that caused her to lose her soulmate, Aunt Josephine stood out for doing everything in her power to ensure that her Gertrude is never forgotten and although her loss is irreparable, she was always shown in the series as a very wise woman, who still loves life and who left us in Anne With An E many valuable lessons.

Fallout 4: Dies The Bitch River, Who Inspired The Game Dogmeat