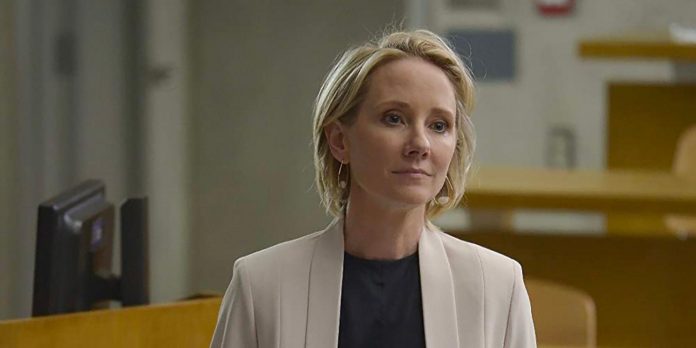 Heche will be remembered not only for her roles in films such as Donnie Brasco, Vulcan and the remake of Psycho, but also for her bold and honest stance on LGBTQ and the fight against mental health.

The Guardian confirmed the death of the actress after the Heche family allowed the life support system to be turned off so that she could peacefully pass away. Nancy Davis reacted to Heche’s demise with a sincere Instagram post. “There is a new angel in heaven. My loving, kind, funny, sweet and beautiful friend @anneheche went to heaven. I will miss her terribly and cherish all the wonderful memories we shared,” Davis wrote. “Ann has always been the kindest, most caring person who always brought out the best in me.”

After several days on life support, the Heche family made the difficult decision to give permission to turn off the life support system. Before she died, her family made a statement to Deadline: “Anna had a huge heart, and she touched everyone she met with her generous spirit. More than her outstanding talent, she considered spreading kindness and joy to be her life’s work—especially the movement of the needle. for accepting the one you love. She will be remembered for her courageous honesty and her light will be greatly missed.” The actress was driving around Los Angeles before she collided with the wall of an apartment building.

While it’s easy to focus on the circumstances leading up to the accident, one should focus on Heche’s life and legacy. She wasn’t afraid to express her opinion and shed light on more serious issues related to sexuality and mental health. “People are somewhat confused by me, and I understand that,” Heche wrote in her memoir “Call Me Crazy” in 2001. “But I’m also proud to be a woman who embodies the difficult choices that lead you to where you want to be. .”

Heche was a proponent of healing and an open-minded attitude to life. A true queer icon and an extremely talented actress, she will be remembered fondly for her presence on and off the screen. Heche is survived by two children.