Home Entertainment Anne Heche, actress who starred in films including “I Know What You... 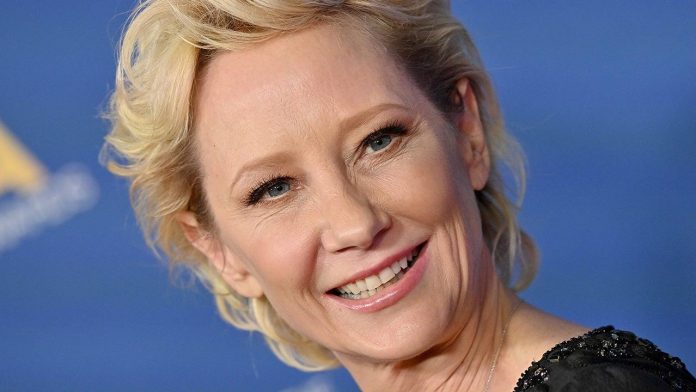 According to The New York Times, Anne Heche’s representative, Holly Baird, confirmed that the actress was “peacefully disconnected from life support” on Sunday, August 14, after a car accident on August 5, 2022. She was 53 years old.

Actress Anne Heche, who played several roles including “I Know What You Did Last Summer” and “The Legend of Korra,” has been officially declared dead after a major car accident.

A representative for Heche confirmed that while Heche is still on life support, she currently has no brain function, meaning she falls under the definition of death under California law. This is reported by The Guardian and TMZ.

The actress has been on life support since August 5 after a high-speed accident that destroyed her house and left her with severe burns and in a coma. Preliminary tests confirmed the presence of drugs in her body. On August 11, her representative said that she would not survive.

Anne Heche became famous in films of the late 90s, including “I Know what You did last Summer.” | Image Credit: IMDB

Heche’s career in film and television began in 1987, when she first appeared in the soap opera Another World. Since then, she has appeared in numerous shows and films, including a recurring role in The Legend of Korra, as well as in films such as Wag the Dog and I Know What You Did Last Summer. She also struggled with substance abuse issues, and was reportedly “believed to be under the influence and acting erratically” when the crashes occurred.

James Gunn was among those who paid tribute to Heche, calling her appearance in “Proof” “probably the best acting I’ve ever seen in my life.”

By God, I think the best acting performance I’ve ever seen in my life was Anne Heche in “Proof” on Broadway. #TEAR UP

Heche was also in a relationship with Ellen DeGeneres during a time when LGBT representation was rare. Cuming DeGeneres was an important milestone at the time.

Modern children don’t know what it was like, but I remember well how Anne Heche and Ellen DeGeneres talked about their relationship in 1997. I was thrilled and I remember thinking: “It can really change people’s lives.” Thank you for taking this step so bravely, Ann. Rest in peace pic.twitter.com/gmTxCPLlOx

It’s a sad day. I send Anna’s children, family and friends all my love.

Heche’s next film was supposed to be the disaster movie Supercell with Alec Baldwin, which currently has no release date.

Better Call Saul, Season 6: Trailer Predicts Who will be the...

Zendaya is “afraid to do” 1 episode of “Euphoria”