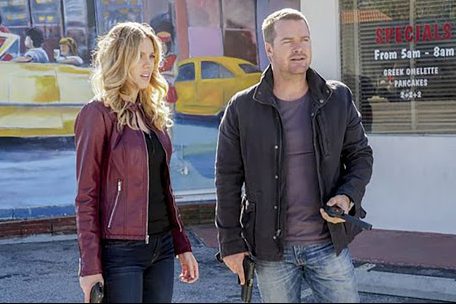 The popular NCIS series Los Angeles has had an incredible premiere with its season 12, now it seems that problems are coming for some characters, especially with the disappearance of Anna, something that may be suggesting that he is secretly working with Hetty Lange.

The reveal and key in the works for Callen (Chris O’Donnell) and Anna (Bar Paly) ‘s relationship came in the final moments of episode nine, titled A Fait Accompli. When Anna disappears without leaving any trace or news.

The disappearance of Anna and the unknown whereabouts of Hetty (Linda Hunt), has created that the fans of the show feel great mystery and doubt about both characters, which could be working in secret, even hiding it from Callen.

Given Anna’s career path and experience, this had led NCIS: Los Angeles fans to theorize that Hetty had engaged Anna in her work, but she forced her to keep quiet before Callen.

But sadly, fans will have to wait until mid-February for responses, as NCIS: LA will not air for the next several weeks.

Various other theories have emerged to suggest where Anna really is along with Hetty’s predictions. In the next few weeks, a new trailer may reveal what may be happening with her right now and if she is really working with Hetty in secret.

Tormund to “The Witcher” on Netflix