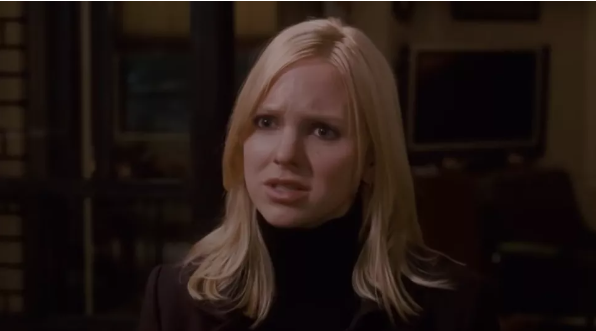 There has been a lot of talk over the past few years about how people are treated in the entertainment industry. This discourse has emerged as a result of the #MeToo movement and various accusations leveled against influential people in the film world, such as Harvey Weinstein. Comedian/actress Anna Faris, unfortunately, has her own story. She recalls how the late director Ivan Rethyman shouted at her on the set, and also claimed to have slapped her ass.

Ivan Reitman was a famous director who worked on his favorite comedies, such as “Ghostbusters”, “Animal House” and “Kindergarten Cop”. Actress and podcaster Anna Faris collaborated with him on My Super Ex-Girlfriend and recently shared on her Unqualified podcast that it was difficult for her to work with him. During a conversation with her guest Lena Dunham, Faris said that Reitman yelled at her on the first day of her film, especially in the fight scene with the icon of “Kill Bill” Uma Thurman. As she put it,

One of my hardest experiences in cinema was with Ivan Reitman. I mean the idea of trying to make a comedy in the reign of terror. He was a screamer. Every day he hit someone, and on my first day it was me.

According to Anna Faris, that day he aroused the anger of Ivan Reitman for being 20 minutes late for the set. But it wasn’t because she was a diva or running late, a bottle of wig glue was spilled on her and her costume in the trailer. And so she had to clean herself up before appearing on the set of her first scene with my super ex-girlfriend.

Anna Faris’ comments come from her recent episode of Unqualified, where she heard arguments about whether she should even tell her story about Ivan Reitman and speak ill of the dead. In the end, she decides to share her truth, and also confirms that he was the director who once kicked her ass on set in front of the cast and crew. She was brief, saying:

But later he also slapped my ass. It was a strange moment.

Some of the ardent fans of Anna Faris may remember that the actress of the movie “Very Scary movie” previously told how she was groped on the set of the film back in 2017. That was when the #MeToo movement really changed the conversation and prompted various professionals to share their own experiences. Without naming Ivan Reitman at the time, she shared her impressions of the filming, saying:

I was filming a scene where I was on the stairs and had to take books off the shelf, and he slapped my ass so hard in front of the crew. And all I could do was giggle. I remember looking around and seeing the crew members talking: “Wait, what are you going to do about it? It seemed strange.” That’s how I brushed it off. I thought, “Well, that’s not the case. Like, it’s not such a big deal. Shake it up, Faris. For example, just to giggle.” But it made me feel small. He wouldn’t do that to the main man.

Although this incident happened about 15 years ago, it is obvious that this is a memory that Anna Faris keeps to this day. One can only imagine how difficult her feelings about this became after Ivan Reitman passed away in February of this year. Meanwhile, the director’s legacy continued with the release of “Ghostbusters: Life After Death” and its planned sequel.

Anna Faris is currently preparing her next film “Tunnels” with Patrick Wilson and Alicia Silverstone. In the meantime, check out the movie’s release dates in 2022 to plan your next movie.