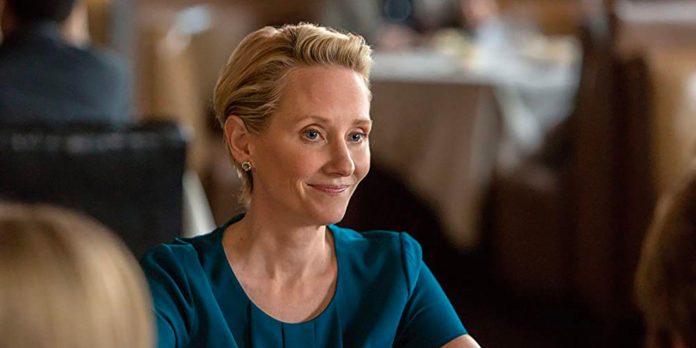 Now it turns out that actress Anne Heck will not survive the injuries sustained during a terrible car crash. After her brain was declared dead, her family made the difficult decision to disconnect her from life support.

Actress Heche (Donnie Brasco, “I Know what You Did Last Summer”, “My Friend Dahmer”) was involved in a tragic accident in which her car crashed into an apartment building in Los Angeles and caught fire. It took firefighters some time to get through the wreckage of the burning house and rescue her.

Heche’s condition was unclear last week, but now reports seem to confirm that the actress has been declared brain dead and is not expected to survive. It appears she suffered severe burns and anoxic brain injury while locked in her car, and fell into a coma shortly after being taken to an ambulance. A representative of Heche’s family and friends released the following statement to Deadline: “We want to thank everyone for the good wishes and prayers for Anna’s recovery, and also thank the dedicated staff and wonderful nurses who cared for Ann at the Grossman Burn Center at West Hills Hospital. To Los Angeles. Unfortunately, due to the accident, Ann Heche suffered a severe hypoxic brain injury and remains in a coma in critical condition. She is not expected to survive.”

According to Deadline, the Heche family decided to disconnect the actress from the life support system. Doctors are now just waiting to determine if any of her organs can be donated at Heche’s request. The exact cause of the tragic car crash has not yet been established. A video posted by a resident of the Mar Vista neighborhood in Los Angeles, where the accident occurred, shows a blue Mini Cooper Hecha rushing down the street at top speed a few minutes before. Additional video posted by TMZ appears to show that Heche was involved in another collision earlier that morning when she crashed her car into a garage in an apartment complex and sped off while residents yelled at her.

According to a statement released Wednesday, Los Angeles police conducted a blood test at the hospital that “revealed the presence of drugs.” However, the statement said: “Additional testing is needed because we must exclude any substances that have been administered through medical treatment.” It is known that Heche has struggled with drugs and mental illness in the past, so many assume that they played a role in the accident.

Heche’s latest project was the Lifetime movie “The Girl in Room 13”, which tells about the horrors of the human trafficking industry. According to Amy Winter, head of programming at Lifetime Networks, the film is scheduled for release in September.

Marvel calendar: upcoming releases in movies and series from 2021-2022