Home Entertainment Anime Final Fantasy of the 90s, the existence of which was forgotten... 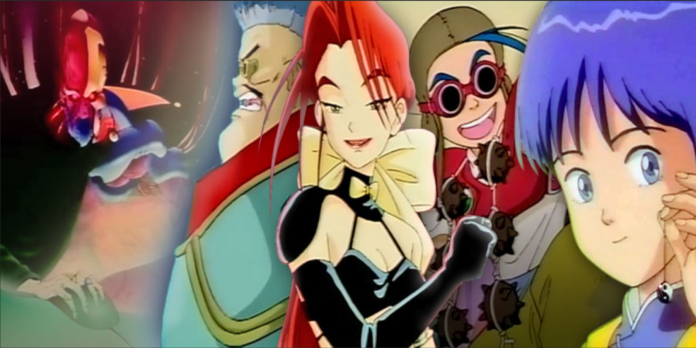 Final Fantasy is one of the most popular video game series of all time. Epic stories, memorable characters and a constant rethinking of the gameplay — each part is an event that fans are looking forward to. Originally a last-ditch attempt to save a young company at some point, Final Fantasy became so successful that it spawned many sequels, merchandise, manga, and even a major movie. One form of media that the franchise has always struggled with has been anime. This is ironic, as you might think that the memorable storylines of the games are perfect for anime adaptations, but few series have ever been based on real games or have been successful. In fact, one of them — Final Fantasy: Unlimited — was even canceled in the middle of the first season, although it was supposed to have several seasons and serve a completely new audience that may have never played any of the games.

Although many thought it was the first Final Fantasy anime, there was actually one previous Final Fantasy anime that went into production a few years before the infamous failure of Final Fantasy: Unlimited. Moreover, he really got to America and became (at that time) the first acquaintance of many Americans with the franchise. However, the anime was a strange part of the franchise and an even stranger one that ended up on American shores.

While most of the anime produced in Japan is intended for television, there is a thriving market for live video streaming. This market is filled with shows called original video animations (OVAs). These products usually hit the market as a test for a weekly show in the future or as a haven for fancy ideas that either never make it to TV or don’t require more than a couple of episodes to properly bring them to life. first place.

Squaresoft’s idea was that they would make a Final Fantasy OVA to not only expand the story of their latest game, but also use it as a test to see if the franchise would generate enough interest from viewers to potentially turn into a weekly TV anime. The anime that will be released will be called simply Final Fantasy, although it will not be based on the first game, but will be a kind of sequel to their most recent video game Final Fantasy V.

The title revolved around characters who were descendants of the main characters of the game, who needed to return four crystals captured by an unknown evil force. Despite some impromptu references to Final Fantasy V, the connection to the game was relatively minor, and the episodes were made in such a way that viewers did not need to get acquainted with the game to “understand” what was going on.

The OVA attracted the attention of a small American anime distribution company called Urban Vision, which was looking for inexpensive games to release. Not having a lot of money, they were looking for OVA titles that they could release on a single VHS cassette and pay very little for the license. When they found out about the Final Fantasy OVA, they were faced with a unique situation.

The game was not very successful in Japan, so the license had to be inexpensive. On the other hand, the game on which it was based — Final Fantasy V — was not released in America, so there was a fear that the content would be devoid of context.

However, a couple of Final Fantasy games were available, so it was a title that at least some people would be familiar with! On the other hand, these games didn’t have a huge fan base (which would appear ten years later), so the awareness of the title was slightly better than most of their other games.

In the end, Urban Vision decided to roll the dice as the title was familiar enough and there were enough episodes to release two VHS cassettes from the deal. Deciding that there were more pros than cons, Urban Vision brought the title Final Fantasy: Legend of the Crystals to America and waited to see if their game would pay off.

Final Fantasy: Legend of the Crystals, like most Urban Vision games, did not enjoy much success on videotapes. The game eventually paid off, as the recordings did bring some financial success in an unexpected place: Blockbuster Video. Blockbuster was the king of the video rental world, but their anime sections were usually small. While they liked to rent out series to customers to encourage repeat visits, they didn’t like long series because of limited shelf space.