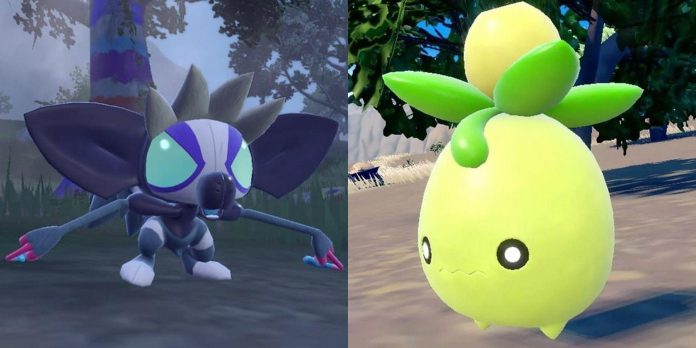 One of the Pokemon Scarlet and Violet fans recently created an animation showing the unfortunate demise of Smoliv at the hands of Grafaiai. A little over a week ago, a video of Pokemon Scarlet and Violet with Grafaiai was published, which said that it would be one of the new pocket monsters that will appear in the 9th generation. his announcement.

Among those who create impressive creations featuring Grafaiai is a fan known as gatekid3 on Reddit. They used their animation skills to make a short but memorable video featuring this new pocket monster along with Smoliv from Pokemon Scarlet and Violet. The video, called simply “Smoliv Dies”, reinterpreted the 3D design of Pokemon as pixel graphics and gave fans an idea of what the behavior of these two creatures could be.

The video about the brawl between Smoliv and Grafay took place on a path in the middle of an open field. Both Pokemon were positioned in the middle of the screen, looking at each other. It is noteworthy that Smoliv had a worried expression on his face, and he made a couple of nervous sounds. After a few seconds, Grafayi stuck his finger in his mouth, covering it with poisonous saliva. Then, with the same hand, he touched Smoliv, covering the little Pokemon with deadly slime. A few moments later, the green pocket monster collapsed to the ground. To add insult to injury, Grafayai spat on Smoliv’s dead body before the clip ended.

Since gatekid3 shared this Pokemon Scarlet and Violet fan animation with gamers on Reddit, many have commented on the video. Among the comments, one user said that this video showed that Grafaiai should be treated as a Poison/Dark type instead of a Poison/Normal type in future games. In addition, some felt bad about the miniature olive Pokemon, and one gamer said in the comments section, “Poor Smoliv, LOL.” In addition to the discussion caused by this animation involving Grafaya and Smoliv, the post received almost 1,000 votes in just a day.

It’s nice to see gamers like gatekid3 coming up with impressive creations based on the new Pokemon that have appeared in Pokemon Scarlet and Violet. Now that there are a lot of new Pokemon in the game, such as Grafaiai and Smoliv, it is likely that even more will be introduced in the coming weeks. Fortunately, excited gamers have only a few months left before they can test these Pokemon in the game themselves.

The Last of Us: Pedro Pascal Appears In A New Image...

World of Warcraft: Dragonflight is already reducing the speed of the...