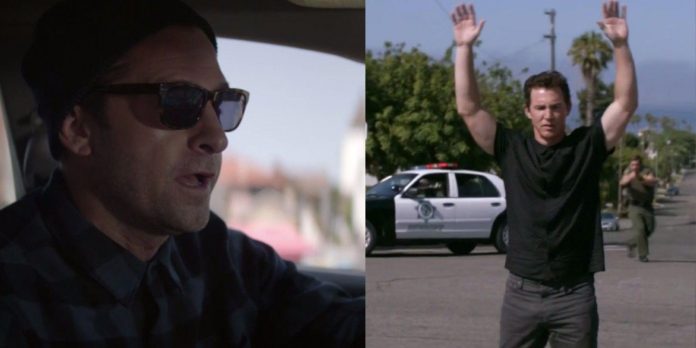 This review contains spoilers for season 6 of Animal Kingdom. “Hit and Run” brought a familiar face back to the Animal Kingdom to continue shaping Pope’s traumatic past (Sean Hatosy). With a character as complex as Pope, TNT’s crime drama never stopped painting a vivid image of how receptive Pope was to others’ opinions of him. “Hit and Run” balances Pope’s siblings’ images of him and his image of himself. In the newest episode of the TNT crime drama, priority is given to her characters, and the effort really makes it feel like the end is near.

Relationships are the focus of “Hit and Run.” From Pope’s relationship with the returning Buzz (Scott Speedman) to his memories of Craig (Ben Robson), Deran (Jake Weary) and Jay (Finn Cole), Pope’s presence is very much felt in the Animal Kingdom. In a unique use of its time slot, TNT’s “Animal Kingdom” uses Pope’s complex character to cover three specific and equally influential periods in his life that continue to make Pope one of the series’ most versatile characters.

After Cody’s unexpected decision last week to break Pope out of jail and leave Oceanside behind once and for all, “Hit and Run” focuses on the center of it all: Pope. Animal Kingdom explores his character in three different periods of his life: adolescence, the events leading up to Animal Kingdom, and Pope’s current state. Each of them creates a sympathetic image of Pope, which has already existed since the beginning of the crime drama. Baz’s conversation with Pope at the end of “Hit and Run” ties this together, as Baz reminds him that of all Cody Pope deserves jail the least. Although this is a fact that many Animal Kingdom characters have tried to express, it seems that it was Baz who finally got through to Pope. The efforts that “Hit and Run” puts into the relationships of its characters, including Pope and Baz, are at the heart of this episode.

“Hit and Run” revives Baz’s memory in a meaningful way that promotes the history of the Animal Kingdom. By studying Baz’s own character in a triple layer similar to Pope’s character, Baz manages to discover something in Pope that Deran could not. In the past, Baz’s disregard for other people’s emotions began to draw a straight line between Baz, whom viewers of Animal Kingdom recognized. The real highlight of “Hit and Run” is the direct connections it creates between the young cast of “Animal Kingdom” and the actors who played these characters from the very beginning.

Kevin Cholak and Darren Mann have done a brilliant job throughout the season to create their own separate performances as Pope and Baz, while remaining true to the work that Hatoshi and Speedman have already done. These four actors stand out from each other, despite the similarities that connect them. “Hit and Run” is an obvious testament to this, providing viewers with a direct balance between two generations of Kodi.

The tension in many ways of the Animal Kingdom begins with J. His stoicism in moments of reflection with his family members cannot be ignored. At the moments when Jay shares with Craig in “Hit and Run”, the connection that Craig is trying to establish seems extremely one-sided. If Animal Kingdom was correct in assuming that Jay is Baz and Julia’s child, the latest season of the crime drama was aimed at demonstrating what he may have inherited from both of them. Combined with the influence that Smurf has had on Jay, he remains one of the most dangerous characters still looming in the Animal Kingdom.

“Hit and Run” really makes “Animal Kingdom” feel like the end is near. Craig and Deran both reveal the plans they have after they successfully break Pope out of prison, while Jay keeps his plans to himself. Deran also reveals his plans to take Pope with him to Indonesia. Since there are only two episodes left in the crime drama, it’s hard to imagine that all the Codies will leave to live the life they think they deserve. What “Hit and Run” suggests is that none of them got what they deserved, because Pope paid for each with repentance. How Cody’s latest robbery will pay off and to whom it will pay off is a tense question hanging over the Animal Kingdom in the last two weeks.