Home Entertainment Animal Crossing’s Worst Character Is Not a Villager 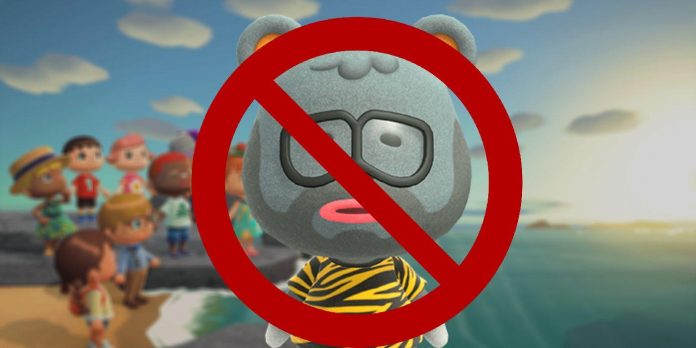 In Animal Crossing: New Horizons has a lot of unpleasant residents, but the worst character is not among them. The game for Nintendo keeps the gameplay fresh due to the festive events that are arranged by visiting characters, many of whom are very much loved: Pumpkin Jack, Reindeer Jingle and Peacock Pavee represent the respective festive events and are welcomed by the players with open arms. But one of these festive hosts is so annoying with its design and so disturbing with its frankness that it has shaken the Animal Crossing community to its core: Zipper T. Bunny.

But due to the fact that the celebration of Rabbit Day in Animal Crossing: New Horizons lasts a week, Zipper stays on the players’ islands longer than in the past. Add to this the fact that Rabbit Day was the first festive event in the game, and attention is paid to Zipper. The rabbit didn’t like this extra attention, to put it mildly. His stunning cheerfulness and grotesquely joyful design are of particular concern, as the other hosts of the Animal Crossing holiday feel much more tame compared to him (with the exception of Pavé, but his character must be excessive and glamorous). However, there are other factors in the Zipper that are not just annoying, but really creepy and sinister.

Perhaps the most embarrassing aspect of Zipper design in Animal Crossing: New Horizons is that Zipper strongly suggests that Zipper is the person inside the suit. Not only does his name Zipper hint at the zipper on the suit, Zipper literally has a zipper on his back. In a game where the only human character is the player, the sight of another person pretending to be an animal, like other villagers, causes great bewilderment. It also casts doubt on Zipper’s intentions in Animal Crossing: New Horizons. Why would a person come to a strange island, try to convince people that he is a cheerful rabbit, ask for tons of eggs that suddenly start appearing, and then just leave? Such a line of questions pushes the imagination in a dangerous direction.

Even Zipper’s happy attitude seems fake. Whenever the player is near the Zipper, he dances and behaves very excitedly. But if the player is at a certain distance from the rabbit, he not only stops dancing, but also falls down, looking exhausted. Worse, YouTuber Seven toads discovered that Zipper would turn around in shock if he saw that he wasn’t dancing, and then start jumping. This underlines that something is hiding behind the joyful facade of the Zipper. Whether this is something sinister or not is up to the players to decide, but his gratuitous egg collection makes it easy to think that Zipper and Animal Crossing Bunny Day may have an evil side. The video can be viewed below:

Why Nintendo paid such attention to Zipper is unknown. His creepy design and personality make him feel like a bad choice to start the game’s festive events. However, it’s funny to see that the character is Animal Crossing: New Horzions has really disturbing behavior, even if it’s more appropriate for Halloween season.

Cobra Kai: The 2 cast members of the series who are...