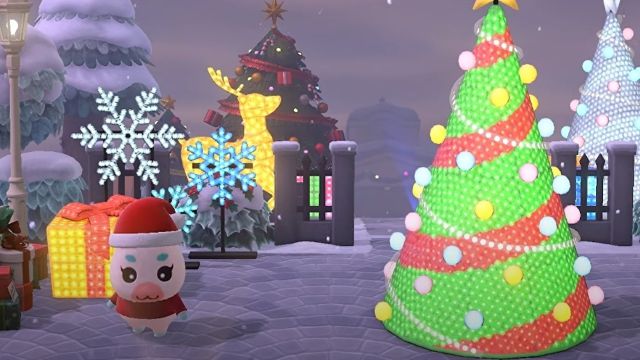 Doug Bowser, president of Nintendo America, confirms that the company’s plan is to continue offering news.

At the time of the lockdown, Animal Crossing: New Horizons went on sale, and has continued to sell units ever since. The Nintendo title, which was nominated as GOTY at The Game Awards 2020, has followed a program of thematic updates that have been developed throughout this year. However, those in Kyoto will continue to support their video game next year. Doug Bowser, president of Nintendo America, has confirmed this in an interview with Polygon.

They don’t turn off the tap

The journalist has asked him if players will be able to enjoy more content in 2021. Although he has not gone into specific details in the answer, the manager has been quite clear: “We are going to continue with it,” he said. In this way, the islands will receive more updates, which this year have been characterized by incorporating new features in each of the seasons of the year (spring, summer, autumn and winter), as well as mechanical additions, such as the possibility of diving.

“Our content plan has depended on the developers. And it can revolve around seasons, events, or feature and mechanical improvements. This will continue as we move forward, ”he says. “I think what’s very different about Animal Crossing: New Horizons, however, is the use of user-generated content,” the option for the players themselves to share their content with friends. According to Bowser, this means a constant change in the settings, which allows the islands to be molded with new elements.

However, Nintendo has wanted to put barriers to the use that some companies are making of these tools. The Japanese do not want a situation like the one that happened during the elections in the United States to reoccur, that is, they want to banish political messages. For this reason, they have launched a guide with which they intend to establish specific rules.

Persona 5 Strikers arrives in the US in February