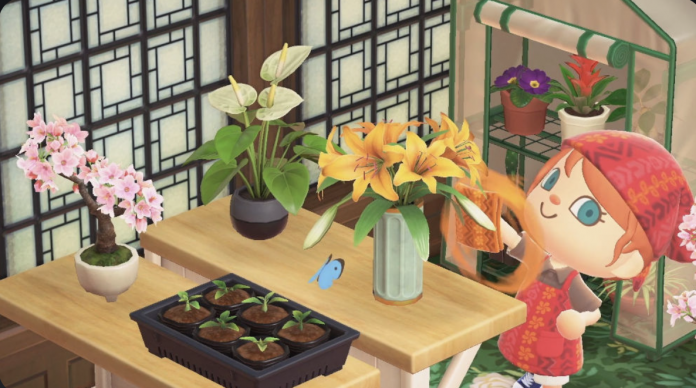 As announced in the last September Nintendo Direct, a broadcast focused on Animal Crossing: New Horizons took place for Nintendo Switch on Friday. In this Nintendo announced that a new update for the game is on the way.

Once applied it will convert it to version 2.0 and will be available on November 5. But it was not the only thing revealed by the company and that is that it also comes with paid downloadable content.

This one is called Happy Home Paradise and will be released the same day. From what was seen in the broadcast, this extra is similar to Animal Crossing: Happy Home Designer for N3DS, which came out in 2015.

It was a derivative where it was necessary to design and decorate the houses of our neighbors, with several options. In the Nintendo Switch game it works in a similar way. You just have to fly to the Paradise Archipelago to work.

There it will not be explained what we have to do, and that is to create houses that will be inhabited by other characters. There will be many furniture and appliances that can be used to prepare our clients’ homes.

It is even possible to decorate other buildings, such as schools, hospitals or even restaurants. There are many options, taking the original game to a new level. Of course, we must always take into account the wishes of the customers.

There are two different ways to acquire this content

Despite this there is a lot of freedom to work. This can be seen in the advance that accompanies this note. Placing walls, expanding rooms, setting divisions and accommodating various objects is entirely free.

It is possible to give it the ‘touch’ that we want in this downloadable content or DLC of Animal Crossing: New Horizons. Depending on our performance, we will be paid with a new monetary unit, which is called Poki.

This money is used to purchase certain types of items. What we learn in the Paradise Archipelago will also be possible to apply to our home. This DLC will be compatible with amiibo and cards of this type.

A number of new models of these will also be launched on November 5. And how much will this content cost? Well, $ 24.99 dollars, although it will have no cost if the Nintendo Switch Online expansion pack is purchased.

Paul Sorvino has died: the star of “Nice Guys”, the father...