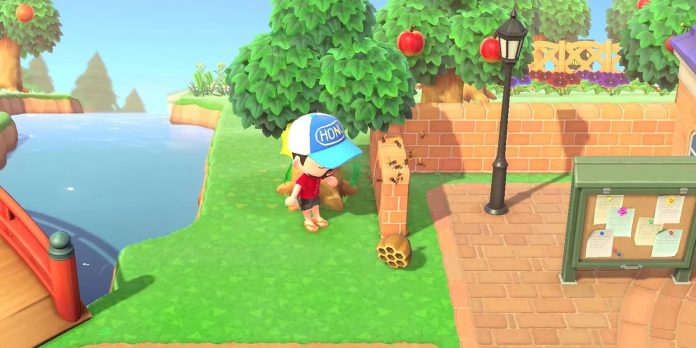 Most Insects in Animal Crossing: New Horizons is usually passive. Many of them run away or disappear when the player tries to catch them with a net. However, there are several types of insects that are actively trying to attack the player’s character. These are usually wasps, scorpions, tarantulas and mosquitoes in Animal Crossing: New Horizons. In the video, the player showed that he was attacked by three of the four aggressive insect species, and fans of the life simulator game will surely find it funny to watch this.

On Reddit, user moominesque shared a short video about how their game character was simultaneously attacked by a scorpion, a mosquito and a horde of wasps in Animal Crossing: New Horizons. According to a Reddit user, it took them several hours to stage the situation. This is understandable, given that insects in Animal Crossing: New Horizons appear at random times. Moreover, the appearance of a scorpion at the same time when a player can shake off a hornet’s nest and cause a mosquito to spawn is definitely a rare phenomenon.

I finally managed to be attacked by three different bugs at once! It took many hours. from AnimalCrossing

Animal Crossing Fan Friends: New Horizons was curious as to why the Redditor decided to spend hours creating this particular bug situation. The Moomins simply replied that it was because they thought it was possible. Others have asked which of Animal Crossing’s mistakes: New Horizons in the video were able to attack first. A Reddit user shared that the scorpion attacked very quickly and was able to sting them earlier than wasps or mosquitoes.

Fortunately, none of the insect bites in Animal Crossing: New Horizons is not dangerous for the player. Scorpion and tarantula bites send players home, and wasp bites hit the player character’s face. However, it’s quite interesting to see that a fan of Animal Crossing: New Horizons was able to piece together such a specific situation. Hopefully they will create more of these videos and share their crazy gaming adventures with the rest of the community.