Home Entertainment Animal Crossing: New Horizons, How Will The Kitchen Work? All We Know 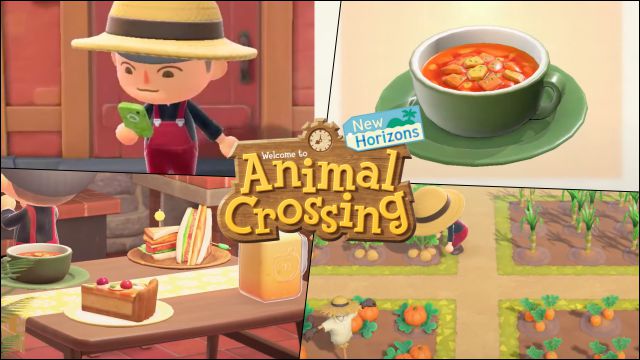 Animal Crossing: New Horizons: The free update scheduled for November will incorporate new game mechanics; among them, the possibility of growing and cooking food. Animal Crossing: New Horizons will receive its biggest update to date on November 5, a content expansion where, at the end of the day, the arrival of Figaro’s cafeteria is just the tip of the iceberg. Because the Nintendo Switch title wants to expand its possibilities at the playable level, taking one of its greatest mechanical novelties a step further: the manufacture of resources. If until now we could learn recipes to create tools and objects, now we can also learn to cook.

The Animal Crossing Direct this past week helped us to understand how the kitchen will work in the game, since it will not be enough only to apply the knowledge of the recipes in the kitchen, but to manage crops and, in short, give welcome to agriculture.

To be cultivated: numerous types of cultivation

Starting with the Animal Crossing: New Horizons update 2.0, the Creations + section of our Nook Phone will introduce cooking recipes. According to the official communication of Nintendo, at the moment five types of crops have been confirmed in the islands: tomatoes, wheat, sugar cane, potatoes and carrots; but pumpkins were also seen on the broadcast. From these raw materials, completely vegan, we can combine the ingredients collected to prepare all kinds of dishes.