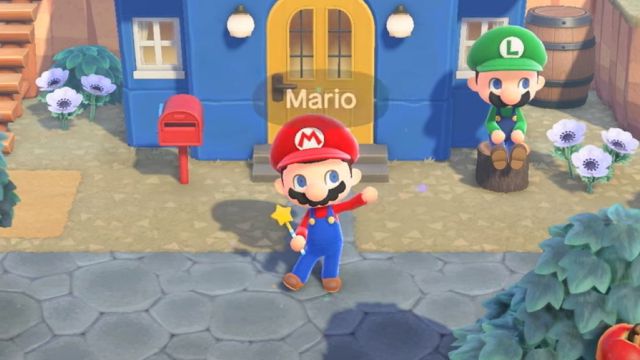 The update will arrive on March 1 and will offer thematic elements related to the Mushroom Kingdom. Mario, Luigi, Wario and company will visit Animal Crossing: New Horizons, the successful title of Nintendo Switch.

They will do it with an aesthetic aspect to the less peculiar, as can be seen in the trailer on these lines. This confirms the collaboration between both sagas of those from Kyoto, just a few months before the end of Super Mario’s birthday. It will be next March 1 when this free update is published, as announced during the Nintendo Direct.

The friendly video game of the Japanese company will not only receive these characters, but will also add thematic content related to the Mushroom Kingdom: pipes, blocks, flags and other characteristic elements of Miyamoto’s work will be brought together in this update. This also includes numerous items, which can be purchased in the in-game store.

Super Mario blew 35 candles last year 2020, a year marked by the coronavirus that has not prevented the launch of several products to celebrate such an important date. In addition to Super Mario 3D All-Stars, which collects three of the three-dimensional titles (Super Mario 64, Super Mario Sunshine, and Super Mario Galaxy), Nintendo Switch Online users can enjoy a subscriber-only battle royale, Super Mario Bros. 35. Both titles will no longer be available from March 31st.

The one that will not disappear from either the Nintendo eShop or the physical stores is Super Mario 3D World + Bowser’s Fury, an adaptation of the Wii U title that includes an unreleased expansion.

Animal Crossing: New Horizons, meanwhile, was released last March 2020, in full confinement. Since then, the video game has become one of the most important phenomena, which has achieved its total triumph on Nintendo Switch, with more than 30 million units sold in less than a year.