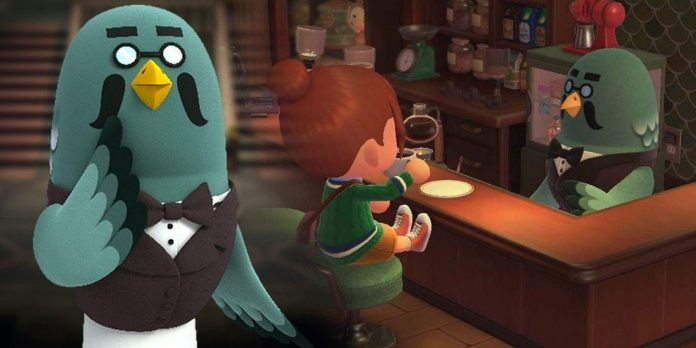 Animal Crossing Player: New Horizons recently received an unpleasant surprise to discover that Brewster and his cafe The Roost have completely disappeared from their island, probably due to a gaming glitch. Roost was one of the many additions to the game in its last big 2.0 update towards the end of 2021. After the announcement of the update, longtime Animal Crossing fans were especially eager to finally visit their beloved barista pigeon again. Although some players think Brewster and his ACNH cafe deserve improvements, fans were initially thrilled to see not only their beloved villagers, but also other island non-player characters such as Celeste and Resetti chatting in the cafe.

During the previous Animal Crossing Nintendo Direct back in October 2021, when the final update was announced, Brewster’s Roost was finally shown along with various cafe features that were not yet in previous versions of Animal Crossing. These new details include that players can order takeaway coffee and use Amiibo cards to invite villagers outside the island. Although the favorite mini-games from previous AC releases did not appear in the last part of the series, players can at least invite their real friends for a cup of coffee, which may or may not contain some of the infamous ACNH pigeon milk.

Although update 2.0 was released nine months ago, Redditor and Animal Crossing player ysof_lucas may have felt the comfort of The Roost short-lived when they discovered that Brewster and his cafe had completely disappeared from their island. Replaced again by an empty marble wall on the top tier of the museum, which was seen before the players unlocked Brewster, the user shared his screenshot with Reddit. Redditor FactorNo9526 was quick to joke that maybe Brewster just “escaped from the chicken coop,” while others joked that the reason for Brewster’s sudden disappearance could be that ysof_lucas bought too little or too much coffee. A more logical explanation was given by Reddit user jzillacon, who stated that this glitch was probably caused by interim updates to the game and could probably be fixed by archiving and reinstalling the game ysof_lucas.

While this is certainly not the first time Animal Crossing players have discovered strange glitches in the game, this is one of the first reports that The Roost is completely disappearing from the player’s island. Fortunately, this doesn’t seem like a widespread problem, and other commenters haven’t come across something like this. Even though Brewster loves his beloved gyroids and hunts for them in his spare time, it’s unlikely that Nintendo will decide to retire Brewster again, so players can rest assured that they can continue to visit The Roost for their daily activities. digital pickup truck.

Animal Crossing: New Horizons continues to be a typical cozy game for millions of fans. While most players may still wish for some of Celeste’s shooting stars to announce the new ACNH DLC from Nintendo, fans continue to enjoy the relaxing gameplay as well as creating their own unique islands. The Roost, in particular, added a level of coziness that players initially loved to explore, as it re-introduced previous NPCs in old Animal Crossing games, and also created a new social experience among real friends. Perhaps in future Animal Crossing games, players can count on additional cozy additions that could be added to Brewster and his cafe.

Young Sheldon Will Have An Actor Reprising The Role Of The...