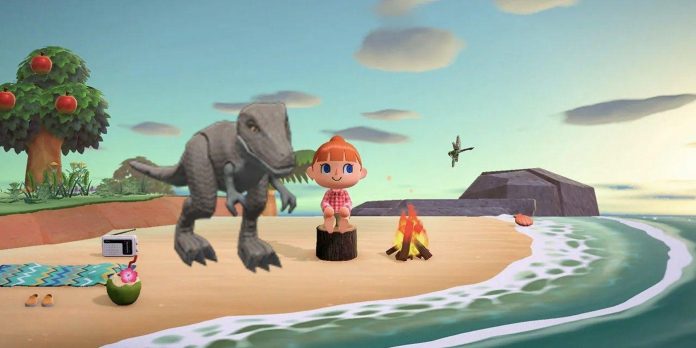 Smart Animal Crossing Players: New Horizons recreated the famous kitchen scene from Jurassic Park using in-game toys. Many Animal Crossing players like to recreate scenes from movies or create replicas of famous places in the game, as the title offers players almost limitless creative possibilities. Some of these builds are incredibly detailed and demonstrate the exceptional design potential of the game.

Design has always been an important part of the series Animal Crossing, and Animal Crossing: New Horizons has given players the greatest potential in this series — the game includes thousands of items, including more than 9,000 new items added in the Animal Crossing 2.0 update. The Happy Home Paradise DLC, focused on decoration, has further expanded the capabilities of players when it comes to interior design by adding elements such as like partitions, lighting effects and soundscapes. There are many holidays in the game that operate in real time, which have their own special items associated with them, and they are available for a limited period of time. In December, Animal Crossing players can purchase special toys at Nook’s Cranny, such as dolls, plush toys and dinosaurs.

This week, Reddit user Own-Wrangler-4747 shared an excellent recreation of a classic kitchen scene from Jurassic Park, in which a dinosaur toy is used as a replacement for velociraptors in the movie. They included the human characters Timmy and Lex, who tremble using the emotions of distress and fear respectively. The player used many of the industrial-styled kitchen set items to combine the scene, as well as items such as a serving trolley and an ironwood cabinet. One of the smartest additions is the modified lighting effects: the player gives the room a darker, grayish hue, which better recreates the atmosphere of the scene.

The terrible confrontation of Jurassic Park in Animal Crossing

Despite the fact that after the release of New Horizons, Animal Crossing players created many clever recreations of films, the combination of the initially cute nature of the game and the horror of the movie scene makes this design especially interesting. Unless Halloween is approaching, it’s quite rare to see Animal Crossing’s scarier creations published online, as it can be difficult to even begin capturing something scary in such an adorable title. This player paid impressive attention to even the small details of the scene, such as the wall fans in the kitchen, and it seems they even used their own template to recreate the shelves with ingredients along the walls.

This creation of the player is a perfect combination of frightening and funny: the lighting and facial expressions of the characters convey the fear of the scene, and the tiny growth of dinosaur toys creates a funny contrast. This design is the latest example of how the Animal Crossing creative community: New Horizons continues to thrive even two years after its release. Even throughout the life of the game, players find interesting new things to do in their games and inspire others online with their creations, which helps keep the game fresh and interesting.

Nintendo Guarantees That Bayonetta 3 Still Exists After Its Absence At...

Samurai Shodown Heads to Steam in June; Next Fighter Revealed