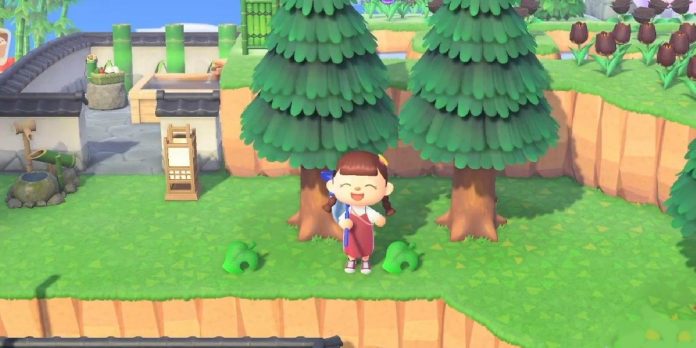 Reddit user Ikyboi101 recently posted a short clip of his 3D-printed model of a sheet of an object from Animal Crossing: New Horizons when it opens, opening slots for inserting Nintendo Switch games, as in many other cases. The item sheet has been the catchy logo of Animal Crossing games since the very first release, and they have appeared in every one of the games along the way. Unlike tools, accessories, crafting items and clothing in Animal Crossing: New Horizons, which have their own inventory indicators, many furniture sets are represented by a piece sheet, which may be what inspired this creation.

The Ikyboi101 video begins with the Nintendo Switch leaf-shaped game case being lifted and opened to show how easily two 3D-printed parts are separated, opening access to the cartridges inside. A Leaf inspired by Animal Crossing: New Horizons, can contain up to ten Nintendo Switch games, as well as three microSD cards on which you can store your own downloaded games. The leaf of the object rotates slowly to show that it will not fall apart accidentally thanks to several magnets, which emphasizes the glossy coating of the case made of green thread.

Hello everyone Some time ago I developed an Animal Crossing leaf case for Switch. It was a lot of fun to do! Any ideas on which case I should develop next? from ac_newhorizons

In order for the Ikyboi101 to get the right size for use with the Nintendo Switch cartridges, they went through several iterations to refine the dimensions. Since magnets are used in the case for effective bonding, Ikyboi101 also noted that neither cartridges nor microSD cards are negatively affected by a magnetic field to dispel concerns about data erasure. According to Ikyboi101, they have also printed a Triforce case on a 3D printer, which they may want to recreate for Legend of Zelda fans who come to their store on Etsy.

Many Reddit users took the opportunity of the Ikyboi101 game for the Nintendo Switch to express their enthusiasm for the idea, while some offered to buy their own on Etsy Ikyboi101. Some players have Animal Crossing: New Horizons had additional ideas for Ikyboi101, such as creating one of the many New Horizons gyroids, a bell bag, fossils, a star fragment and message inventory indicators in a bottle, something related to Legend of Zelda, or 3D printing Kingdom Hearts, which Ikyboi101 was interested in.