Home Celebrity Animal Concerts take over the musical metaverse along with a new song... 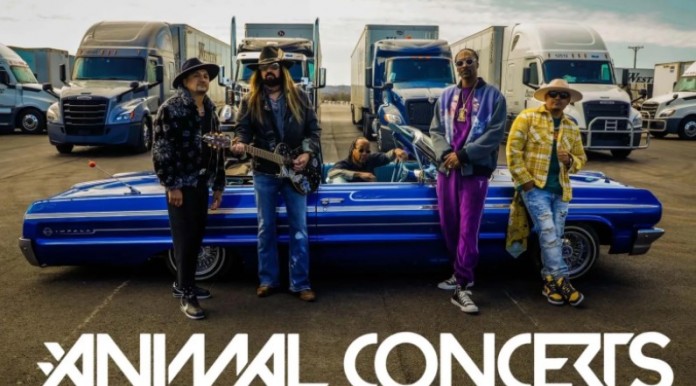 Animal Concerts, known for its work with such musical artists as Alicia Keys, Future, Busta Rhymes, Diplo, Meek Mill and Gunna, helps famous and aspiring artists on their journey to NFT and other crypto-related endeavors. Thus, these superstars get into Web3 to perform in front of a potentially unlimited global audience. In addition, Animal Concerts continues to replenish its arsenal by acquiring a wide range of intellectual property that will be used to create a growing library of content. It includes the upcoming rare and exclusive release of NFT by Keys and the most famous French bulldog on the internet, Frenchman Izzy.

“We are democratizing concerts,” says Colin Fitzpatrick, CEO of the company and a long—time marketing, sales and technology consultant for brands such as Dell, Salesforce, HubSpot and Oracle. “You no longer need to be the lucky one who will be able to see your favorite band if they come to your city. With Animal Concerts, artists come to you. By filming these artists in 3D and using a headset like the Oculus Quest, we can provide an extremely personal yet totally immersive overall experience. It changes the rules of the game for many.”

On March 29, Animal Concerts held a token generation event (TGE), during which its own Animal token was successfully launched. Like other tokens of the project, it initially establishes the value of Web3, and then is used for access to behind-the-scenes content, pre-sale of tickets, future releases of NFT, IRL and online community events, customized goods, downloads and other utilitarian incentives. Animal token simultaneously launched several top exchanges: Bitmart, Huobi, Gate.io and Uniswap.

The launch on April 1 was followed by an exclusive release of a new song through The Avila Brothers Music Group/BMG. The track titled “A Hard Working Man” featured hip-hop legend Snoop Dogg and country music icon Billy Ray Cyrus with the support of Animal Concerts executive producers. The Avila brothers, who created the master version of the song, are responsible for hit albums and singles, from Usher to Janet Jackson, Gwen Stefani and many others.

Snoop and Cyrus’ new track is a modest but proud ode to solid American industrialism and worker solidarity with a hint of America’s rapidly evolving technological and economic landscape.

Grammy Award winners Avila Brothers teamed up to create a track with Bernard Alexander, a legend of the rap music industry and a major enterprising visionary and creative strategist at the dawn of Web3. Alexander teamed up with the Brothers who wrote the track before the COVID-19 pandemic and introduced it to Snoop and Cyrus, who created what will undoubtedly become a giant of pop music.

“Instead of going to a record company and selling it the traditional way, Bernard became our partner,” explains Dublin—born Fitzpatrick. Animal Concerts — not only a Web3 metaverse platform, but also a global entertainment company — now owns the perpetual rights to the song. This makes sense in the wake of COVID-19, as it has shut down touring for many bands, which has led to the loss of important revenue streams for musicians, especially given that paltry revenues from streaming services continue to drip.

Animal Concerts is not the first player in the game with virtual concerts. Both Ariana Grande and Travis Scott performed in the Fortnite open-world video game metaverse, earning tens of millions of dollars each. Similarly, Snoop himself recently teamed up with Gala Games, where his NFT music project brought in about $40 million. Famous musicians and other performers are beginning to anticipate a potential revolution in the long-beleaguered music industry. And Animal Concerts want to hold their hand.

“Even though we’re Animal Concerts, we’re actually Animal Entertainment,” explains Fitzpatrick, a former DJ and event organizer. “Whether it’s music, movies or comedies, this is where we want to be. We also want to be metaverse agnostics. Not only are we building our own metaverse, we intend to be present in all existing virtual worlds, and we are collaborating with all major promising metaverses. Who knows which space will become the premiere? Whether it’s Decentraland or The Sandbox. Of course, Mark Zuckerberg, who recently changed the name of Facebook’s parent company to Meta, is betting on the future of his multibillion-dollar company on the metaverse.”

Animal’s own token (ERC-20 token), currently built on Ethereum and connected to Polygon and Binance, plans to connect to more chains in the future.