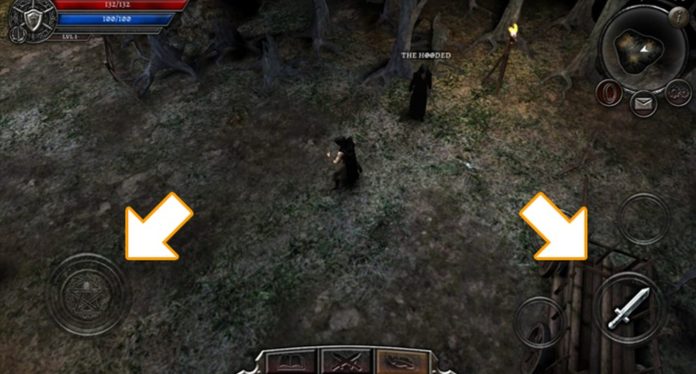 AnimA ARPG is a mobile Action RPG with gameplay similar to Diablo, in which players enter caves, dungeons and catacombs while facing hordes of enemies. The user can create his own character, among three different classes, and earn experience points to get stronger and stronger. During the adventure, it is also possible to collect equipment such as armor and weapons scattered across maps. Check out how to play Anima – The Reign of Darkness and tips for the ARPG available for download on Android and iOS (iPhone).

How to play
As in Diablo, the player has a small town that serves as the basis for his operations in the game. There, he can find merchants, blacksmiths and other characters useful for his adventure. When you’re ready, you can explore the underground mazes that are full of monsters and on each level look for a door that can take you deeper and deeper. The further the player advances, the more powerful the creatures he faces and the better the items he finds as a reward.

Controls
The game uses virtual controls via the touch screen. A directional button is on the left to control the character’s movement and the buttons on the right. The biggest button is the attack button, which does not need to be pressed several times, just hold on. As the player gains items and special abilities they receive their own buttons around the attack button. At any moment the player’s energy is regenerated, so it is possible to heal completely by staying out of combat.

How to use the map
In the upper right corner of the screen, there is a mini map for the player to guide himself, which reveals itself as more areas are explored. If the user is lost, just touch the version of the map in miniature for a larger version to appear in the center of the screen. The map in the middle of the screen can hinder your vision a little, but it helps you find your way. To deactivate it, just touch the location where the mini map used to be.

How to evolve your character
When killing monsters, the player gains experience points and will occasionally level up. When this happens, your character will receive points to distribute among four attributes on the inventory screen: Strength, Dexterity, Intelligence and Vitality. Vitality affects your total energy, while the other attributes specifically affect the character’s class. Skirmish needs more Strength, Sorcery of more Intelligence and Archery of more Dexterity.

In the book icon, at the bottom center of the screen, it is also possible to unlock new skills with the points earned. After unlocking them, just tap and drag to the empty spaces near the attack button to equip and be able to use them in combat.

Achievements
One of the ways to earn bonuses in the game is through achievements, special tasks that generate rewards. Tasks can aim to kill 100 enemies, reach a certain level, increase the level of a skill and so on. To access them, touch the feather symbol at the bottom center of the screen and then the icon of a star with plant branches.

Escape safely
There is no dodge button in the game, but the player can dodge blows by moving away when an enemy is attacking. Occasionally a situation in battle can get out of control and the user needs to escape. In this case, it is very important to always run in a direction that has already been explored before, never towards the unknown, as new enemies can be alerted and make things worse.

Portals and return to the city
You can return to the city by creating a portal at any time. Just click on the circle icon next to the minimap in the upper right corner. The portal takes about two seconds to form, so you need to be away from monsters to avoid being attacked. Once in the city, the player can sell and buy items, equip himself and then use the same portal to continue his exploration from where he left off.

In addition to this useful portal, there are “Waypoints”, circular stones that function as teleports. When climbing on one of them, the player can teleport to any level of the mazes. If at any point the game gets too difficult, you can go back to previous levels and spend a little more time to get stronger.

Bonus
At some points on the map there is a strange construction with a skeleton crucified on a stone tablet. When approaching and interacting, the player receives a type of bonus that can help in his journey. The bonuses can guarantee more strength, more magic and mainly more experience, the latter very useful to level up quickly. They are marked on the map by large signs of a cross.

Fix items
After a long time of adventure there is a good chance that some of your items will break, which will be indicated by a red icon in the upper left corner of the screen. In the left part of the city there is the blacksmith Hedwig, who can repair all his items at a cost in gold. There is the option “Fix Everything”, but the player can also choose only the most essential ones, depending on the price.

Sell and store items
In the lower left corner of the city, just below the blacksmith, is Olav, who sells weapons and also buys his items. Be careful with the “Sell all” button as there is no confirmation option and all your items will be sold to him. It is possible, however, to buy them back in the merchant’s stock. When you touch items in your inventory, the “Save” option will appear, which places the items in a chest to the left of Olav’s store. If the player just wants to store his items, he can go straight to the chest.