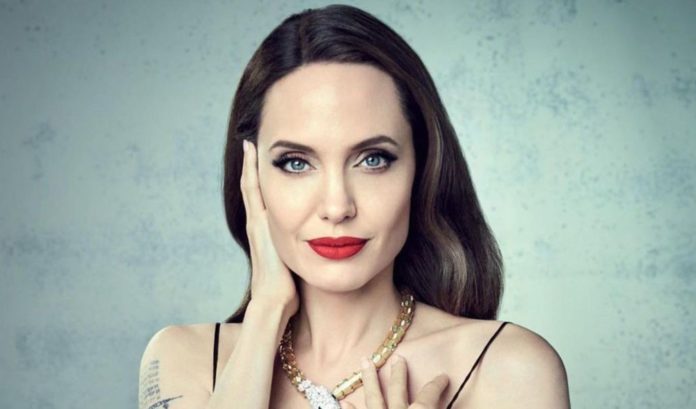 Angelina Jolie took off her clothes for a magazine, at 44, in some photographs for Harpers Bazar magazine. Angelina Jolie is easily one of the most famous actresses in the United States and she is widely regarded as “the most beautiful woman in the world.”

Although it is completely normal to know that despite being beautiful is not perfect, because we all have details and this time it was revealed how it looks without any editing.

The famous has appeared in various films, from her great adventures in Tomb Raider, to some others where we could see her super elegant, so in each of her appearances her fans have delighted in her beauty.

“I like someone who is a little crazy but coming from a good place. I think scars are sexy because it means you made a mistake that led to a mess.” – Angelina Jolie

With her great performance, Angelina has been in charge of demonstrating that apart from being beautiful she is super talented, she has even shown that she is a great woman who cares about the world because she has been altruistic to such an extent that she has even participated in the UN as Sent Special of the High Commissioner to support the Refugees.

Although it has shown all this, social networks do not forgive when it comes to image, because a photograph was leaked where we can see what Jolie looks like without Photoshop and with editing, seeing the difference in the face of the model, so it affected everyone the users.

Despite looking quite different, users and their fans were dedicated to highlight that even without editing it looks beautiful, because it is for them the most beautiful woman, because there is no perfection and everyone recognizes it.

It should be remembered that Jolie is involved in a scandal, having broken up with Brad Pitt, however recently we learned that both actors will create a new business and together, it is precisely for their children so that in the future they have a heritage that helps them financially or as Family business even if they are separated.

Not only will it be any wine, the protagonists of Mr. and Mrs Smith will launch a pink champagne, both have a French winery: Chateau Miraval, with its partner Marc Perrin.

See Also
Angelina Jolie and Brad Pitt: despite their divorce, they are moving forward thanks to their children