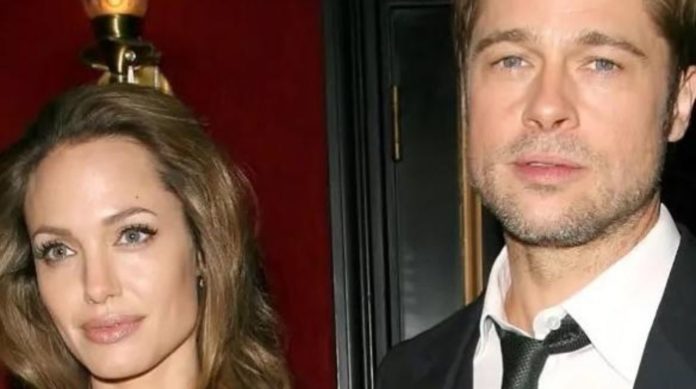 After Brad’s speech about his failed marriage to Angelina Jolie, she gives her answer.

On January 19 , the SAG 2020 Awards (Actors Guild Awards) were held, in which several celebrities were awarded, including Brad Pitt , who swept away as “Best Supporting Actor” for his participation in Quentin Tarantino’s film , “Once upon a time in … Hollywood . ”

However, at the time of giving his speech with the prize in his hand, he began to speak:

“I have to add this to my Tinder profile. Let’s be honest, it was a difficult part … a guy who gets hurt, takes off his shirt and doesn’t get along with his wife.”

For a moment, it was not known if he was referring to his first ex-wife, which was among those present at the event, Jennifer Aniston or if the message went directly to the mother of her 6 children, Angelina Jolie . According to a source close to Angie , she admitted that she heard him, but has no interest in seeing or answering him.

In fact, these types of transmissions are not seen by her or her children. Jolie has been focusing 100% on her children and doesn’t have time to think about the marriage she had with Pitt , that’s something that doesn’t exist anymore. :OR

Instead of focusing her attention on it, Angelina is investing all her attention in the family, she does not have the need to turn back, because she has work and six incredible boys whom she must care for and love. <3

With this, it is clear that Brangelina’s love has come to an end for a long time, and although the actor has been seen very close to Aniston , everything indicates that it is only a good friendship, although fans ask for a reconciliation. WHAAT?