Home Entertainment Angelina Jolie and Brad Pitt have been getting divorced for a long... 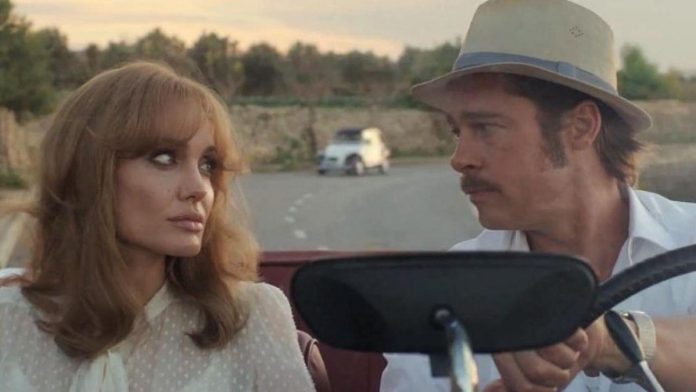 Brad Pitt and Angelina Jolie were considered a Hollywood couple that the press had been looking at since they met on the set of the movie “Mr. and Mrs. Smith.” But ever since the divorce negotiations with Brangelina began, an incessant roller coaster of drama has begun between the two of them. Well, this drama doesn’t seem to be stopping anytime soon, as the reason why Jolie is allegedly still fighting her ex in court has been revealed.

It’s been six years since Brad Pitt and Angelina Jolie decided to divorce. But, as in all divorces involving minor children, the former couple has not yet made a decision regarding custody agreements. Jolie currently has sole custody of her six children, and Pitt has visitation rights. So why is the Changeling star still fighting her ex-husband in court? According to Page Six, a source familiar with the trial gave his answer.

It seems that Angelina has decided that Brad will never get custody 50/50. And there are some who say that she will not rest until the children are of age, so Brad will never have joint custody.

Brangelina currently has six children. These are Maddox (21), who is currently studying biochemistry at Yonsei University in South Korea, Pax (18), who is still in school, Zahara (17), who will enter college in the fall, Shiloh (16), who shot a viral dance video dedicated to Dodge. Cat “Vegas” and 14-year-old twins Vivien and Knox. Page Six also reported that Pitt’s legal team reportedly believed that Jolie’s lawyers were trying to pursue court-approved child psychologist Stan Katz because the 47-year-old believed the doctor sided with Pitt regarding obtaining 50/50 custody of the children. This child psychologist is currently under non-criminal investigation by the California Attorney General’s Office, as the case has been referred to the California Supreme Court. A source close to the bullet train actor felt that this report was “harsh” to Jolie, since Katz had no complaints about him in his entire 30-year career. While one insider believed that the “Maleficent” star had nothing to do with the investigation, one senior legal insider believed that one or both of them could have filed a complaint. Brad Pitt’s friend doesn’t believe it was him. It is unknown where this investigation is heading.

In May 2021, when the 58-year-old actor was granted joint custody of his minor children, his ex-wife had problems with this decision, and Judge John Oderkirk was disqualified for not listening to Jolie’s side of the case related to the charges. that Pitt had been violent towards at least one of his children in the past. It was alleged that Jolie sued the FBI under the name “Jane Doe” for not charging the actor for an argument on a private jet between Pitt and Maddox in 2016. This brought the two exes back to square one, who were still fighting for custody. Reportedly, the winner’s relationship in the Best Supporting Actor nomination with his children, as the source said, he can still see them, but is still “going through it”, since he has only been granted the right to visit.

Besides their children, another reason why this former couple goes hand in hand with each other is related to their vineyard. A friend of Brad Pitt believed that Angelina Jolie deliberately sold her share of the Chateau Miraval vineyard to a buyer she did not like, Russian businessman Yuri Shefler, the founder of Stoli vodka. The “Fight Club” actor said that in the past he and Jolie had agreed never to sell their shares without each other’s permission. A friend from Hollywood said that the vineyard is Pitt’s “baby” and invested all his income in the vineyard and Miraval Studio, where he planned to revive it for his new role as a recording studio head.

There was also recent news that Jolie’s lawyers allegedly sent process servers trying to catch Pitt off guard with a subpoena for Chateau Miraval at the SAG Awards in February. He was not present at the event. Knowledgeable sources believe that this is another example of Jolie’s attempt to make a public scene.

Despite all the hype that Brangelina has gone through, his Hollywood friend said that Pitt is not dating anyone exclusively and is focusing his time on art, architecture, socializing with his friends and promoting his 2022 film “Bullet Train.” He also has a new Apple TV+ streaming movie about Formula 1 racing, as well as the upcoming film Babylon directed by Damien Chazelle from La La Land. Angelina Jolie has an upcoming movie of her own as she is set to star and produce a book adaptation of Jamie Scott’s novel The Kept Women. Let’s all cross our fingers, these two actors may end up deadlocked.