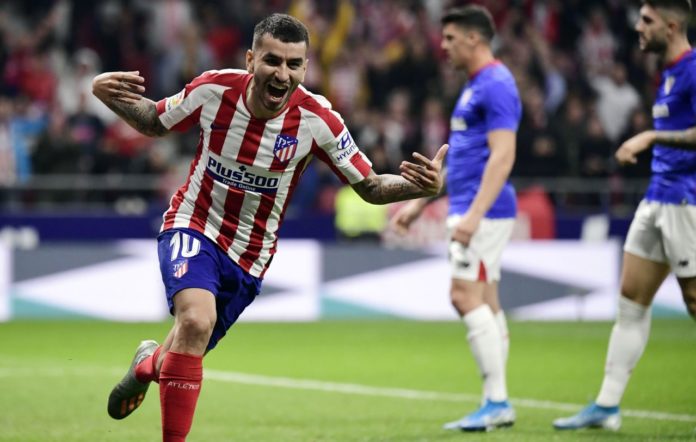 Angel Correa never gave up. He never stopped believing in himself until when his career was in danger because of a benign tumor that was operated upon arriving at Atletico Madrid.

I always catch, dizzying. Rosario’s is one of the few players in the League who give off many hours of street football every time they connect with the ball. As a hook converted to second point, you only need to receive the ball at the bottom to turn, invent, unbalance and blow the opponent through the air. A virtue that Simeone, today, does not find in another player other than Joao Felix, now injured.

Without gambeta there is no football, without imbalance there is hardly any fun. The ‘10’ rojiblanco seems to recite that two sentences as a mantra in every match he plays. Of remarkable intelligence to detect the free zones between defensive lines, he knows how to attack the space to offer individual solutions to collective problems. Always mobile, the Argentine is able to fall to the band, stretch his team long, receive between the lines and activate his team from the turn in the center lane and the overflow – something we already saw before Athletic Club – to decant the match thanks to your individual talent.

With the loss of Joao Felix, Diego Pablo Simeone has not hesitated and has given the Argentine entry to the detriment of one of the two points against Bayer Leverkusen and Athletic Club. So, if it’s so good and it gives so much to the team, why don’t you play as a starter? It is a question that Angel Correa will have asked himself on multiple occasions, who already aimed to leave the Metropolitan this summer after making a good start to the last championship and eventually diluting with the passing of the months.

The answer is himself, of course. Lack of continuity, structural losses in compromised areas, low productivity in the face of goal and a role as revulsive that makes him an ace in the sleeve of Simeone. Some features that although they are part of his game, you can not ask a dribbler to not lose balls, when the Argentine coach puts them on a scale, they have not just come to mind.

The unpredictability of his football is a double-edged sword for his team, since if Ángel Correa has the day he can make the game fall in his favor, but if it is cloudy, it can be a piece that becomes the weakest link of the rojiblanca chain.

The ‘10’ is in time to change this situation. He has already left great games in the elite, it is a piece that Diego Pablo Simeone does not find in another player of his squad with the loss of the Portuguese, perhaps Thomas Lemar could, but the French performance so far is light years away from the one he showed in Monaco, and he’s only 24 years old. Enough time to be able to touch up those defects that have been pointed out previously and become a fixture for the ‘Cholo’ at a time of the season where the ATM goes very short of overflow, creativity and offensive agitation.