Home Entertainment Ang Lee From Brokeback Mountain on The “Friction” Between Heath Ledger and... 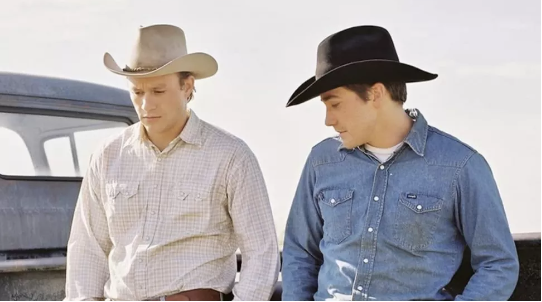 There has been a lot of talk over the last few years about the power of the image on screen, and it seems that Hollywood is becoming a more diverse place. But there was a time when telling queer stories was risky, as, for example, in Ang Lee’s famous drama “Brokeback Mountain”. And the Oscar-winning director recently spoke about the “friction” between stars Heath Ledger and Jake Gyllenhaal. Moreover, he recalled that the late actor was a “born cowboy” during the filming of one of his most iconic roles.

Brokeback Mountain was a groundbreaking film when it was released in 2005, and both of its lead actors received universal praise for their portrayals of gay cowboys in the 1960s. Although they embodied the complex relationships of their characters on the screen, director Ang Lee admitted that there was a small conflict during the process. As he explained to Empire in a recent interview,

One of the aspects that I cherish was that I witnessed how Heath and Jake [Gyllenhaal] develop a relationship between their characters. I saw how everything unfolded right in front of my eyes, from rehearsal to filming. Michelle Williams broke her knee while preparing for filming, but Heath always looked out for her. He took care of Michelle so naturally. As for Jake, Heath had a completely different attitude to his work. Sometimes there were tensions – not quarrels, but a clash of styles. Sometimes I was a mediator in this, but they were both good in different ways. They will always make an effort to find a way out.

Pretty interesting stuff. In the end, this mutual help created something explosive on camera and actually reflects how Jack and Ennis’ relationship plays out over the 134-minute timescale of Brokeback Mountain. As a result, the film became a favorite of critics and a favorite of the awards season, although, as you know, it lost to Crash in the Oscar nomination for best film.

Ang Lee’s comments about Brokeback Mountain obviously carry more weight given Heath Ledger’s death. His legacy stems from what he went to to transform into his characters, including his Oscar-winning role as the Joker in The Dark Knight. And while working on a queer western, he ran into an actor playing his hidden mistress, and courted Michelle Williams, who played his wife.

Later in the same interview, Ang Lee also explained how Heath Ledger was able to instantly get used to the image when it came to Ennis’ cowboy mood. Namely, because he was comfortable around animals such as horses, as Lee shared:

I gave both men a couple of books about the rural Midwest, and they also went to cowboy camp. But Heath grew up on a ranch in Australia—he was straight. He didn’t have to do a lot of work, but he was conscientiously trained. He was just as good with animals. When he got on that horse, no one had any doubts. He was a cowboy.

In the end, Heath Ledger received a lot of nominations for his work in Brokeback Mountain and became the ninth youngest nominee for the Academy Award for Best Actor at that time. Although he didn’t win, he ended up winning an Oscar posthumously for his Joker.

Ang Lee’s next film project, “Trilla in Manila,” is currently in development, and his latest film is Will Smith’s “Twin Man.” In the meantime, check out the release dates of films for 2023 to plan trips to the cinema for the New Year.

Thor: The 10 Best Asgardians who are not yet in the...